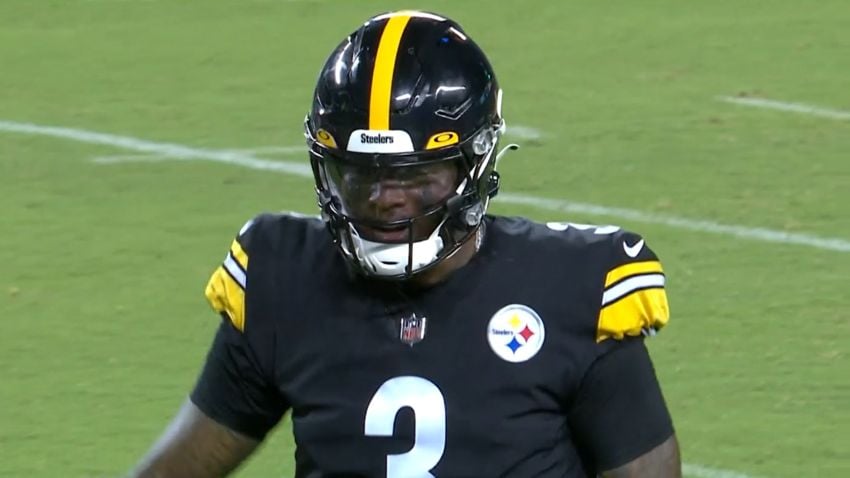 Dwayne Haskins hasn’t started a regular season game since December of 2020. But based on what Haskins told reporters Wednesday, he’ll have a chance to start again come the fall of 2022. He said Kevin Colbert told him he’ll have the chance to compete for a starting role in the post-Roethlisberger era.

“I haven’t had my exit meeting yet with Coach Tomlin yet,” Haskins told reporters Wednesday via Steelers.com. “I’m doing that this afternoon. But I’ve had meetings with several other people on the staff. GM Kevin Colbert. Happy to have an opportunity to have a conversation with him. Looking forward to what I can do. As for what I can add to this team, they’re giving me a chance to compete and have a chance to start. So that’s all I could ask for.”

Though Haskins hasn’t met with Tomlin yet, it echoes what Tomlin said yesterday, noting he and Mason Rudolph will have a chance to compete for a starting role.

Pittsburgh signed Haskins shortly after the 2020 season after he fell out of favor with Washington, the team who drafted him. Haskins struggled in his two years with the team and coupled with off-field issues that stripped him of his captaincy, Washington cut ties.

Haskins served as the #3 QB all year for the Steelers, only dressing for one game this season, the Lions game when Ben Roethlisberger was placed on the COVID list, pushing Haskins into the #2 role. It was the first chance in his career he had a chance to sit and learn, telling reporters playing the waiting game helped him out.

“I feel like I learned a lot from not playing this year. Coach T, a lot of guys, wanted me to have the opportunity to sit back and learn…I got drafted early, played early, I never had the chance to learn the NFL game the way it should be done. The way the Steelers wanted it done. They gave me an opportunity to understand the Steelers’ way. How they wanted their quarterbacks to operate. How Ben operated. It was a great learning experience.”

Haskins showed the patience to sit and learn. But he’s confident he can start again in the NFL and be a much better player than he was his first two seasons.

“I definitely feel like I can be a starter in this league. I got drafted for that reason. I definitely believe I have the talent to. I think I can throw with the best of them, but really I just haven’t put it all together yet. And that’s something I have to do this offseason in order to put myself in that position to play.”

Haskins isn’t regarded as a favorite to be the team’s starter come 2022 but the door is wide open. There isn’t a clear, no-brainer replacement for Ben Roethlisberger. Mason Rudolph is the most likely name to take over, but the job won’t be handed to him, nor anyone else. It will have to be earned, and so Haskins will get a chance, beginning this spring with OTA and minicamp work and into the summer when training camp and the preseason rolls around.