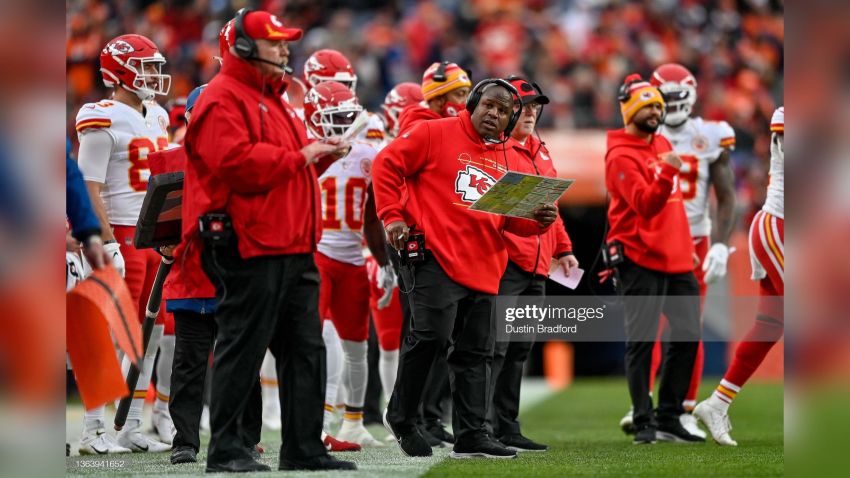 The Monday after the final games of the regular season is known as Black Monday in the NFL. it’s the day, traditionally, that the majority of head coaches and general managers who are going to be let go will lose their jobs. Some might come a day or two later, but the process starts right away.

Six head coaches have been fired since the end of the regular season, and two head coaches were fired during the season. While there are two interim coaches in the mix, including one playoff team, that means there are eight job openings available. And the Pittsburgh Steelers will be competing against one of the hottest commodities today in Kansas City Chiefs offensive coordinator Eric Bieniemy, who discussed balancing preparations for his own future with preparations for a playoff game.

“It’s always good to be mentioned. The thing about it, you don’t allow it to become a distraction because, first and foremost, I have a job”, he said. “Second of all, we’ve got a big game this up and coming weekend and that’s the most important thing, to take care of the business at hand and to focus on the now”.

Bieniemy has been the offensive coordinator for the Chiefs under Andy Reid since 2018, having previously been the running backs coach since 2013. His name has been circulating heavily over the course of the past two or three hiring cycles, and he’s likely to interview with just about every job opening this year.

“All of that stuff is going to take care of itself. And do not get me wrong, I am blessed and I am fortunate to be a part of that chatter, to be a part of some of the things that are taking place”, he said , “but right now my focus is to make sure that we’re ready to play a 60-minute consecutive game where we can go out there and play hard and play fast, but more importantly play for each other”.

Of course, this isn’t the first time he has had to balance the interview process with postseason planning, as he has done it for at least the past couple of years with earnestness. If anything, it should have only gotten easier over time. And working and learning under Reid has been an asset, both in that process and in general.

“He does a great job of delegating and making sure that everybody knows exactly what their roles are”, Bieniemy said of Reid. “But on top of that, he allows you to be yourself. He wants you to be the expert at what you do. So, when you have a coach that’s not always just saying, ‘You have to do this,’ or, ‘You have to do that,’ it makes it special because guys can come to work feeling comfortable in their own skin and going out there and perform up to their best capabilities”.

Reid has been very vocal publicly for years now in advocating for Bieniemy as more than deserving of a head-coaching opportunity, and this year has been no different. He once again expressed disappointment that it hasn’t already happened for his long-time assistant, but also belief that they will finally change this year. But it won’t happen before tonight’s game, which is where Bieniemy’s focus must be.