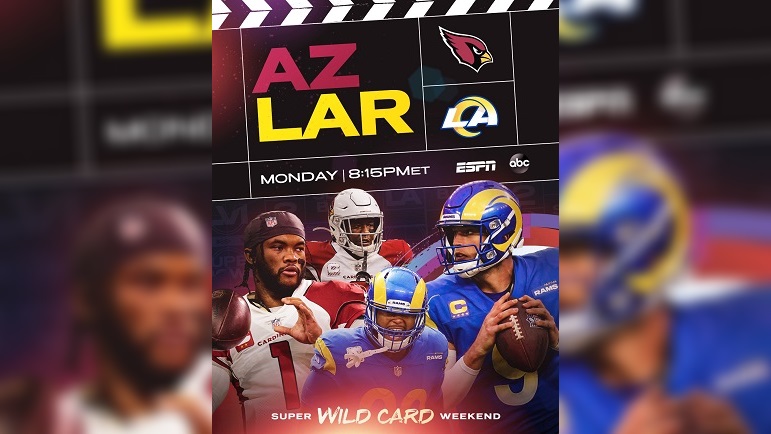 There is one game remaining in the 2021-2022 Super Wild Card Round of the playoffs and it will take place Monday night. The game features the Los Angeles Rams hosting the Arizona Cardinals at SoFi Stadium.

This contest should be an entertaining one and it will feature quarterbacks and Kyler Murray and Matthew Stafford squaring off against each other. The Rams are also 3.5-point home favorites in this game.

Hopefully you have time to sit back and watch this final Super Wild Card Weekend game with us on the site. Below are the inactives for both teams and as usual, a Twitter feed is being included that should update with news and highlights from the Monday night game.

Thank you for stopping by the site tonight. We are glad you are here.