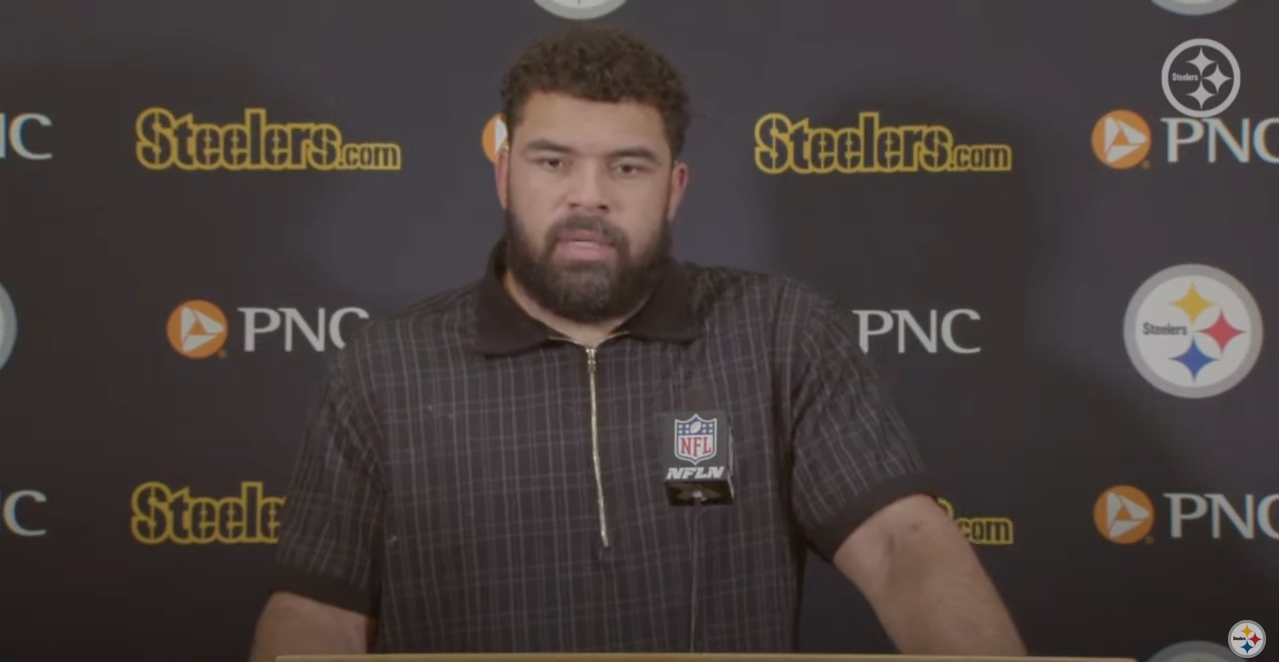 Another playoff appearance, another frustrating end to the Pittsburgh Steelers’ season.

That’s not quite the type of league history you want to be making, one would think.

The Steelers have allowed 42+ points in three straight playoff games.

That is also a NFL record. https://t.co/nlTOwf0BRl

Steelers’ star defensive lineman and defensive captain Cameron Heyward — for all his dominance — has been on the wrong side of those defeats far too often, having not tasted playoff success on the field, missing the Steelers’ last two playoff wins in 2016 over the Miami Dolphins in the Wild Card Round and the Kansas City Chiefs in the Divisional Round due to a season-ending tore pectoral muscle sustained in Week 10 of the 2016 season against the Dallas Cowboys.

Since then, Heyward has watched the Steelers fall to the likes of the Jacksonville Jaguars, Cleveland Browns and now the Chiefs, leaving him frustrated and taking the lack of playoff success very personally.

“Only one team gets to say they’re Super Bowl champs, but I wanna win these games,” a visibly emotional Heyward said to reporters, according to video via the Steelers’ official YouTube page. “I want to be a part of this…the playoffs are where you want to start, but you wanna finish in the Super Bowl.

“I take it very personal when we don’t have playoff success and I will be back in the drawing board trying to figure out a way if I’m on this team next year,” Heyward added.

Heyward wears his heart on his sleeve and definitely takes the lack of playoff success personally. He’s a tremendous leader, but there’s not much more he can do; he plays his tail off and consistently makes plays for the Steelers in big spots.

The part of that quote that will stand out though is the “if I’m on this team next year” part.

Heyward isn’t going anywhere. If you don’t know by now, Heyward takes nothing — and I mean nothing — for granted. He never has and never will. He truly believes he has to earn his spot on this team. More should take his approach and adopt his mentality, especially on the offensive side of the football.

He’ll be back in the black and gold next season, wreaking havoc once again.