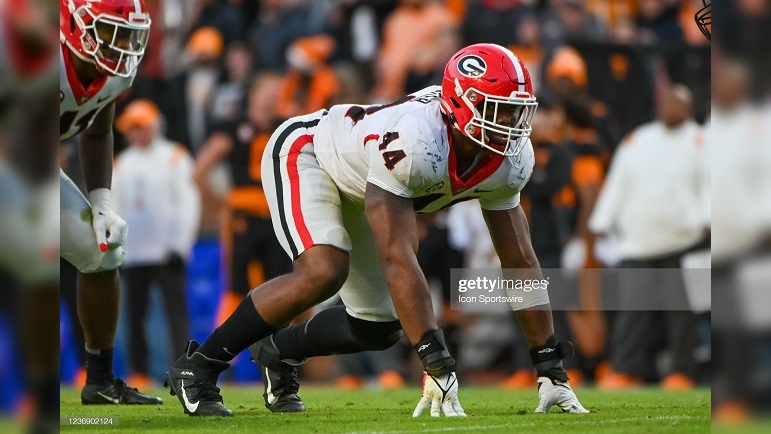 The 2022 mock drafts continue on when it comes to the week of the NFL’s 2021-2022 Conference Championship games, and even NFL.com draft analyst Bucky Brooks has decided that now is a great time to release his first offering of the offseason. Brooks’ first mock draft of 2022 has the Pittsburgh Steelers going defense with their first selection, which is currently scheduled to be 20th overall.

Brooks has the Steelers selecting Georgia defensive lineman Travon Walker at 20th overall in the first round, and below is his reason for mocking that specific player to them.

“With Big Ben almost certainly headed to retirement, Mike Tomlin could remake the Steelers into a defensive-centric squad. Walker would give the Steelers a disruptive interior defender with the capacity to play as a three- or five-technique in a three-man front.”

Walker, in case you missed it, just recently announced that he will enter the 2022 NFL Draft, skipping his senior season at Georgia.

In three seasons at Georgia, Walker, who is listed at 6050, 275 pounds, recorded 61 total tackles to go along with 9.5 sacks, one interception, three passes defensed, one forced fumble, and one fumble recovery. He would most certainly project to be a defensive end in the Steelers’ 3-4 front.

What happens with Steelers defensive end Stephon Tuitt this offseason might play a big part in whether or not the Steelers address their defensive line at any point during the 2022 NFL Draft.

The Steelers did draft defensive end Isaiahh Loudermilk last year, and the team is probably expecting to have defensive tackle Tyson Alualu and defensive end Chris Wormley back in 2022 as well, as both are currently still under contract with the team.

Walker will surely be a 2022 NFL Scouting Combine participant this offseason. We will also have a full draft profile on Walker in the coming weeks, so be on the lookout for that.