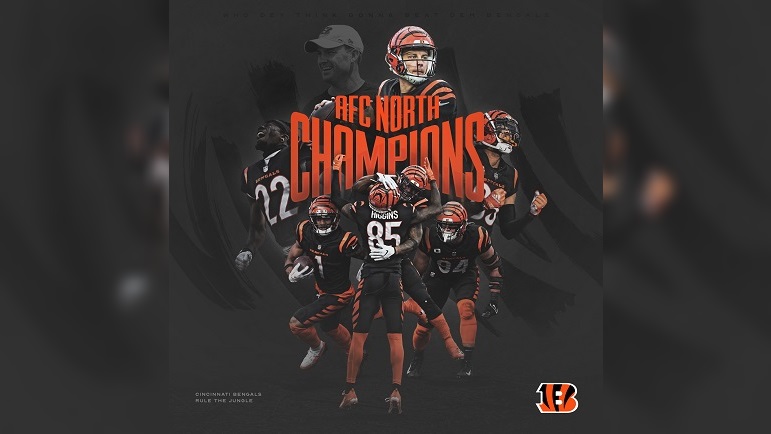 If the Pittsburgh Steelers wind up making the playoffs this season, it will now need to be as a Wild Card team.

On Sunday afternoon, the Cincinnati Bengals beat the Kansas City Chiefs at home 34-31 and that win resulted in them winning the AFC North division for the 2021 season.

With the Bengals winning the AFC North on Sunday, the Steelers playoff chances diminished greatly and especially with the Las Vegas Raiders beating the Indianapolis Colts in other early Week 17 action. The Raiders will now enter week 17 with a 9-7 record.

The Steelers will now hope that the Denver Broncos beat the Los Angeles Chargers in late Sunday action. Should the Chargers win that game, the Steelers chances of making the playoffs will diminish even more. They would then need to win out and hope that the Colts lose to the Jacksonville Jaguars in Week 18.

The Steelers play the Cleveland Browns on Monday night and then the Baltimore Ravens in Week 18.