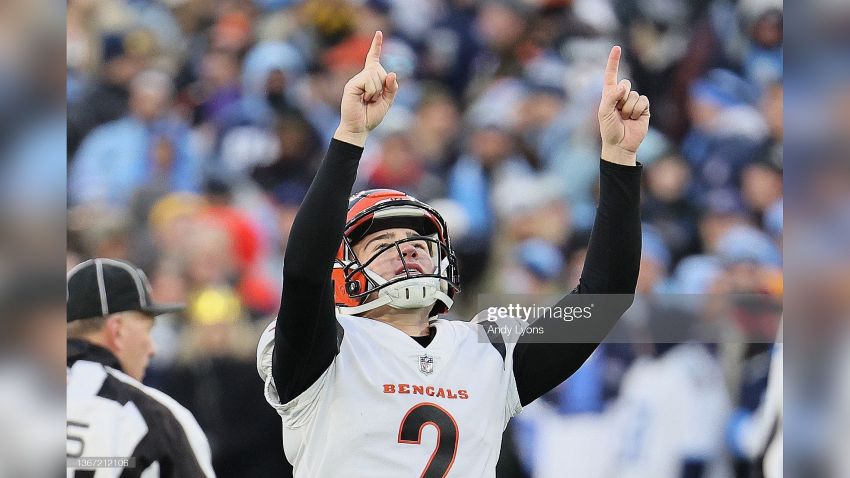 The AFC North is turning into one of the better divisions in the league in terms of quarterback play, with Lamar Jackson and Joe Burrow now leading the way. The status of Baker Mayfield after an injury-plagued season is somewhat in flux, and frankly, the Pittsburgh Steelers don’t have a franchise candidate right now, but Jackson and Burrow are legitimate top-10 players at their position.

The division is also a hotbed for kicker talent. Not only do they have the best field goal kicker in NFL history in Justin Tucker of the Baltimore Ravens, it also has Chris Boswell, himself a former Pro Bowler, in Pittsburgh. And now it has also added Evan McPherson, the Cincinnati Bengals’ fifth-round draft pick last year. He wasn’t spectacular as a rookie in terms of field goal percentage, making 28 of 33, but two of his misses were from 50-plus, and the other three were from 40 or more.

He also just set an NFL record, as a rookie, for the most 50-plus-yard field goals made in a single season in NFL history, regular season and postseason combined. He went 9-for-11 in the regular season, and he has already made two so far during the Bengals’ current playoff run. He’s a perfect 8-for-8 in the two games.

McPherson set the record a week ago today in spectacular fashion, as he hit a 52-yard game-winner as time expired in regulation to win the game and send the Bengals to their first conference finals in several decades.

Burrow had a funny story about that moment earlier in the week, talking about his rookie kicker. As he came off the field following a sneak to set the kicker up for the potential game-winning field goal, taking his warmup kicks, he told members of the media that McPherson told him “Ah, it looks like we’re going to the AFC Championship’, right before he went out there and kicked it”.

“It’s how you handle yourself in the locker room that shows us that you have the confidence to go out there and make a kick like this and perform the way he did in a game like this”, Burrow said of McPherson. “We knew exactly what kind of guy we had in camp”.

The rookie also made a 54-yard kick earlier in that game, as well as two others, one from 38 and the other from 45. Cincinnati has put up 45 points so far this postseason, and 24 of those points have come off of McPherson’s field goals.

Will he soon firmly establish himself as one of the top kickers in the game? That’s generally what you’re hoping for when you draft one, period, let alone in the fifth round.