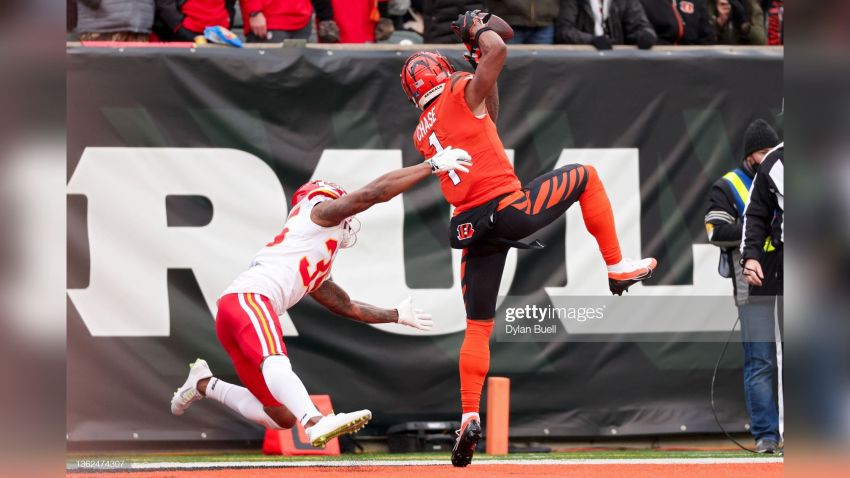 As it turns out, Ja’Marr Chase is pretty good. The Cincinnati Bengals’ first-round pick, the wide receiver who played with quarterback Joe Burrow at LSU, may have cemented his Offensive Rookie of the Year status with a superior, division-winning performance yesterday against the Kansas City Chiefs, setting a record along the way.

He caught 11 passes on 12 targets for 266 yards, scoring three touchdowns. That 266-yard effort is the most any rookie has ever had in a single game in NFL history, surpassing the mark set by Jerry Butler for the Buffalo Bills in 1979. It’s just the 17th 200-yard receiving game in NFL history, and the second of 250 yards or more.

It’s also Chase’s second 200-yard game of his rookie season, becoming the first rookie to ever have two such games in NFL history. Only 12 players in NFL history have ever even had more than two 200-yard receiving games over their entire career; he’s now one of 38 to have at least two, and you know he’ll have more. Calvin Johnson holds the record for the most, by the way, at six. Lance Alworth and Jerry Rice both had five.

With one game left to play in this new 17-game season, Chase has a great shot at setting yet another NFL all-time rookie record, that being for the most receiving yards in a single season. He is already only the third player ever to reach 1,400 receiving yards, after his college teammate Justin Jefferson became the second last year.

The record for the most receiving yards by a rookie in a single season belongs to Bill Groman, who all the way back in 1960 for the Houston Oilers had an astonishing 14-game season, catching 72 passes for 1,473 yards with 12 touchdowns. He put up 1,175 the next year with a league-leading 17 touchdowns; he suffered a career-altering knee injury in that 1961 AFL title game, however, likely robbing us of what could have been one of the great all-time careers.

He’ll have had three more games to do it, but Chase is quite likely to break that record. Heading into the season finale against the Cleveland Browns, he has 1,429 receiving yards on 79 receptions with 13 touchdowns. He would need just 45 receiving yards to break the record, and with 71 yards, he would have the first-ever 1,500-yard receiving season for a rookie in NFL history.

Oh, and as mentioned at the top, that showing helped the Bengals stay alive against a Chiefs’ onslaught just enough to help them come back and actually win it in the end. That result crowned them the AFC North champions, returning to the postseason for the first time since 2015.