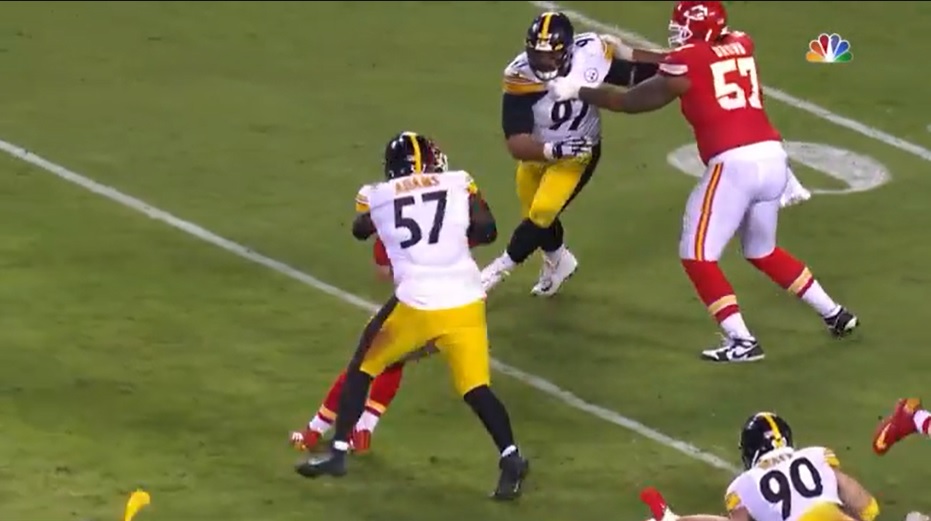 It’s fair to say Montravius Adams’ 2021 goal was to find a place he could call home. He’s found that in Pittsburgh and assuming he keeps that, he is a free agent to-be, he has a new goal in 2022. Speaking with reporters Monday, Adams outlined what those goals are, ones he talked about even before the Steelers came calling.

“It’s crazy how it happened,” he said via the team website. “I was talking to the d-line coach [in New Orleans]. We watched film on guys around the league and we were talking about [Cam Heyward] and he was just like, ‘Man, Cam’s like Year 11.’ And in his eyes, he was the best technician in the league right now at Year 11. So for me, that’s what I want to do, that’s my next thing. I want to be a great technician from a hands [standpoint]. Just make sure I’m doing everything right in the game. And of course, getting to know the playbook better.”

Pittsburgh gave Adams plenty of in-stadium experience to work on his technique. Signed off the Saints’ practice squad more than halfway through the season, Adams quickly became the team’s starting nose tackle after the team’s in-house choices fell apart. Adams played well from his first game to his last, sacking Patrick Mahomes in Sunday’s loss.

As he and his former coach said, Heyward is regarded as one of the gold standards when it comes to technique. He’s rarely out of position, almost never on the ground, and usually in control of his blocks. It made 2021 a career year for him, a high bar to set but one he surpassed.

Adams said he accomplished his 2021 goals of becoming a more disruptive player.

“This season coming in, I just felt like it was more penetration. Just being disruptive.”

He’s shown a quick first step for an interior defensive lineman and blown up several plays this season with his great get-off. Should he re-sign, odds are good Adams will safely make the roster. He could even be the team’s starting nose tackle out of the gate next year, though Tyson Alualu is under contract and will be fully recovered from his ankle fracture, making Adams’ role a bit unclear.

That is something he’s likely to consider when weighing his free agency outlook. Not only did he put on good tape for the Steelers, it’s something the rest of the league has likely taken notice of.