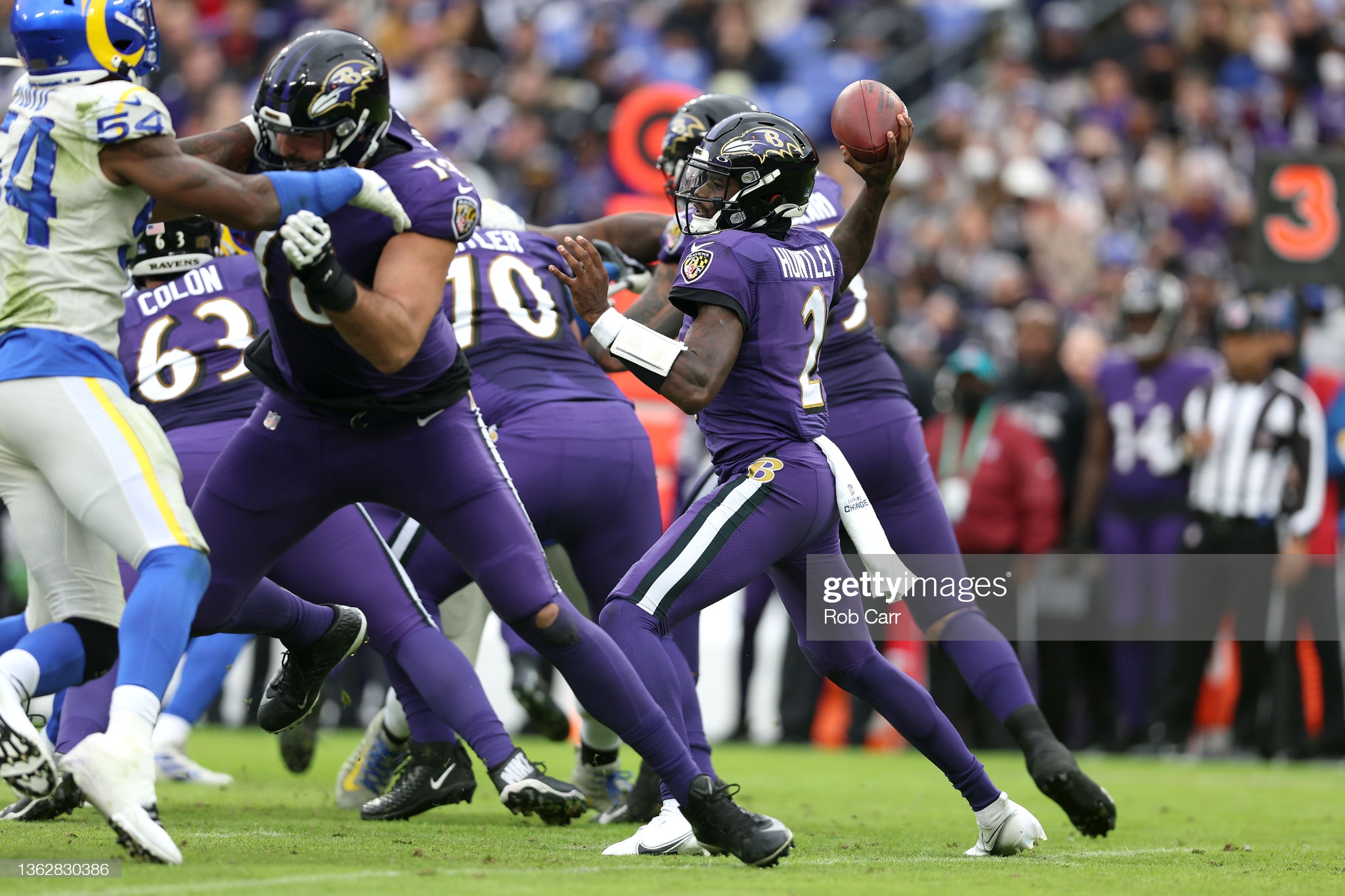 After preparing earlier in December of the dynamic Lamar Jackson when facing off against the Baltimore Ravens, the Pittsburgh Steelers’ defense will have to prepare for a new face in backup quarterback Tyler Huntley.

Ravens’ head coach John Harbaugh made it official Friday morning that Huntley — who has started three of the last five games for the Ravens in place of the injured Jackson — will be the starter on Sunday inside M&T Bank Stadium in the season finale against a tough Steeler defense.

Though it’s certainly a large change from the Steelers’ perspective after having faced off against Jackson 10 times since he took over as the starter in 2018, Huntley still offers a similar style to the 2019 NFL MVP with his legs and strong arm.

Second-year outside linebacker Alex Highsmith spoke at great length about the Ravens’ young backup quarterback Friday during his weekly media availability, stating that the Steelers will have to watch out for the former Utah star, who shockingly went undrafted in the 2020 NFL Draft. In six games this season, Huntley has thrown for 940 yards, six touchdowns and three interceptions, adding another 222 rushing yards and three touchdowns on 35 carries for Baltimore.

.@Ravens Huntley to Andrews for +33 and the first player to greet is the QB. PRETTY COOL. Huntley is going to be a starter somewhere in this #NFL #BaldysBreakdowns pic.twitter.com/Mx4GlNIdfN

“Definitely a lot of same stuff,” Highsmith said regarding Huntley and what the Steelers have to prepare for, according to video via Steelers.com. “He’s definitely a great runner. He’s still a guy that we’ve got to contain in the pocket, someone that we gotta watch out for on QB runs and QB mobility. And so I think we’re just kinda going in just really just trying to contain him, ’cause he’s a baller. He’s playing good in his games so far. And so he’s definitely someone we gotta keep contained when we rush the passer and someone we gotta handle in the running game as well.”

Huntley has really opened some eyes in recent weeks while under center for the Ravens, giving Baltimore a bit of a boost in the passing game. Though he is no Lamar Jackson, Huntley has kept Baltimore alive — even at the slimmest margins — in the AFC playoff picture, which is a credit not only to his preparation, but the Ravens’ coaching staff playing to his strengths as well.

“I think he’s shown that he can play in this league, going against teams like the Packers, him winning in that game,” Highsmith added. “So I feel like he’s a guy who stepped in, made an impact immediately. And so he’s someone that we definitely cannot take lightly and we just gotta, like I said, we just gotta after him.”

Huntley has truly been the spark the Ravens’ offense has needed week-to-week without Jackson, as the run game has seemingly disappeared in recent weeks. The second-year pro has led the charge offensively for Baltimore, making plays through the air with his arm while also adding some playmaking abilities with his legs.

He’ll be a tough player to handle on Sunday at M&T Bank Stadium. If the Steelers can maintain rush lane integrity and keep him in the pocket though, Pittsburgh’s chances of winning a key football game will skyrocket, because nobody has truly challenged Huntley to stay in the pocket and take shots down the field with his arm to date.