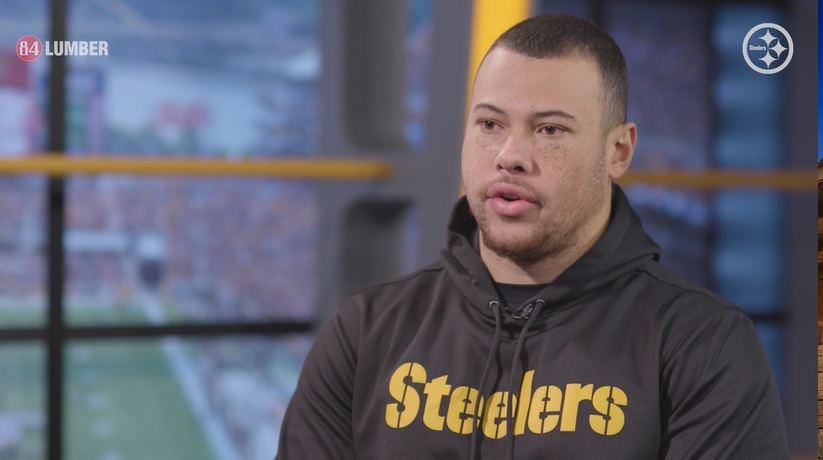 2021 was Alex Highsmith’s second year in the NFL but from an atmosphere perspective, it felt like his first in the big leagues. A rookie in 2020 rarely playing in front of crowds, Heinz Field was packed (relatively speaking, anyway) to watch Highsmith and the Steelers this season.

Sitting down with Steelers.com’s Missi Matthews in an interview posted Tuesday, Highsmith shared what that experience was like.

“It was awesome,” he said via the team website. “I was just so thankful that there was fans in the stands. I was thankful that my parents and my fiancé and whoever wanted to come to the game was able to come this year. Whereas last year, a lot of the games they weren’t able to because of COVID.”

Heinz Field had such a select few games last season where a limited number of fans, around 5,000, were allowed to attend, and even that was short-lived. But things were much more open this year starting in the summer with training camp, while still held at Heinz Field, accessible for fans (and nerdy bloggers like me). All NFL games were played at max capacity in 2021 and barring something unforeseen, should remain that way going forward.

It’s fair to say Highsmith had rarely played for a big crowd before. He played college at Charlotte, a Division One school but certainly not a powerhouse. His final home game against Marshall had just over 10,000 fans to watch it. He did occasionally play at big venues, over 81,000 when his 49ers took on Clemson his senior season, but he’s certainly never had a crowd root for him the way Steelers’ Nation did this year.

Like many defensive plays have said, Highsmith told Matthews nothing got him pumped up like a fourth quarter Renegade.

“And so it was just awesome to be able to truly experience Steelers Nation. And every time they played Renegade, I get chills.”

As his teammates noted too, the Steelers’ final home game, the last one of Ben Roethlisberger’s career, was extra special.

“Especially that last game, Ben’s last home game was pretty awesome. And so it was awesome to be able to have fans in the stands. And so I’m glad that we’re turning in the upward direction regarding COVID.”

After an ugly 0-2 home start, the Steelers went undefeated the rest of the way at Heinz Field, going 6-0-1, their only blemish a tie to the then-winless Detroit Lions on a day where Pittsburgh was without their starting quarterback.