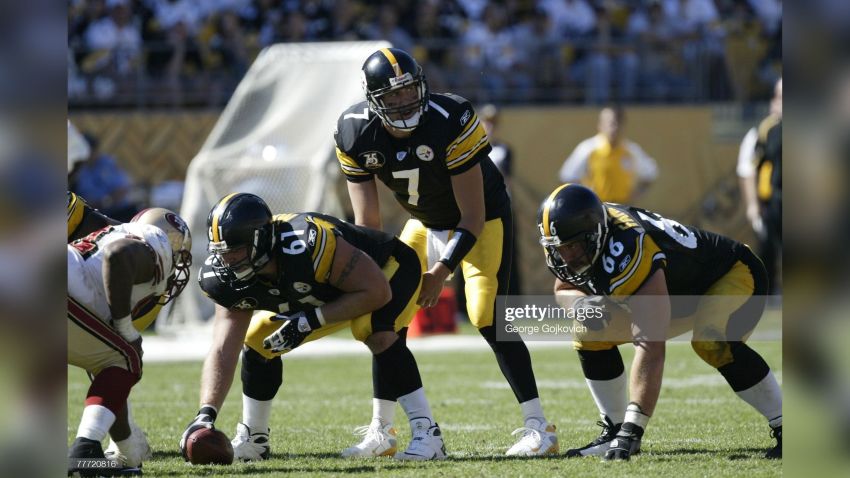 Pittsburgh Steelers quarterback Ben Roethlisberger officially announced that he would be retiring yesterday. While it was long anticipated, pretty much for over a year, and had a feeling of inevitability, there is something about finality that brings a different weight to a reality prepared for.

It’s possible, though we obviously hope not. But now is as good a time as any to appreciate just how important the future Hall of Famer was to this franchise, as many have been doing. Former teammate and Hall of Fame guard Alan Faneca shared his thoughts on the guy who was the young pup by the time he was finishing his tour with the Steelers.

“He’s right up there. He’s one of the greats”, he said yesterday on NFL Now when asked how Roethlisberger compares in Steelers history. “Everybody likes to come up with the Mt. Rushmore; he’s right up there with the rest of the guys that helped build and frame this franchise and to keep it going where it is”.

For a team that has been around as long as the Steelers and has accomplished as much as they have, answers will vary heavily about who would belong in their Mt. Rushmore, especially depending on whether or not you include non-players. Perhaps the only consensus would be Joe Greene. Roethlisberger would be on mine, as well.

“The things he was able to accomplish, and to do, and the way he evolved from the guy that stretched plays out and made things happen, the Ben magic, to a pocket passer, a precision guy, a guy that made [the game-winning touchdown in Super Bowl XLIII], not that many can make”—that is how Faneca said he will remember Roethlisberger.

“I think that’s what I look back on his career, is how he evolved, and how he just kept progressing. I think he’s very underappreciated in his NFL time as far as the other quarterbacks that are going at the same time”.

Largely through necessity, but also simply due to basic maturation, Roethlisberger’s playing style did evolve over the years. While he remained reluctant to ever throw the ball away, those long, unscripted plays gave way to quick passes.

Nobody can claim that he finished his career on a high note, but he did take the Steelers to won more postseason, doing so 12 times in his 17 season in which he started more than two games. With a 13-10 postseason record and a pair of Lombardi trophies, it’s not a bad time to call it a career. And I’m not sure if his face will ever be carved into the side of a mountain, but it’s certainly going to be molded into a bronze bust.