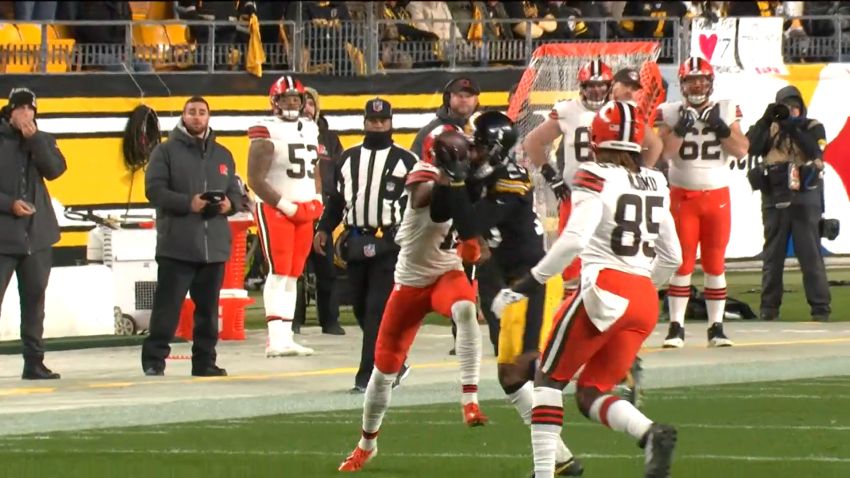 The Pittsburgh Steelers gave up a fifth-round pick just before the start of the regular season to bolster their secondary depth by acquiring veteran cornerback Ahkello Witherspoon. He dressed for one of the first nine games and played a total of four snaps.

But he has played in the last seven, however, and has made a difference. He has three interceptions since then, including one in tonight’s game, amongst nine passes defensed on the season. The wide consensus is that the Steelers should re-sign him in 2022, possibly as a starter, as Joe Haden will be a free agent.

It all begs the question—why wasn’t he playing sooner? Witherspoon was asked after the game if, based on how he has been playing lately, he thinks to himself, ‘I could have been doing this all season’. He could have easily taken the bait and tooted his own horn. He did not, instead saying that the time on the bench learning the team, his teammates, and the system was helpful.

“Definitely part of the process”, he said of the role that time with no pressure played in how he’s performing now. “I think that’s easy to say, but that time in the lab behind the scenes is really what propelled me to be able to come out and compete at the level that I’m competing at right now”.

A fifth-year veteran, Witherspoon spent his first four seasons in the NFL with the San Francisco 49ers. He signed a one-year contract this offseason with the Seattle Seahawks, but they decided to trade him to the Steelers just before the regular season began.

Witherspoon spent most of the season on the bottom of the depth chart, largely due to his lack of participation on special teams, though it was second-year James Pierre who was originally viewed as their top reserve on the outside.

An undrafted rookie last season, Pierre came in with a lot of buzz, and he was playing a lot, including four starts due to injury by the time he was benched. He has not played a defensive snap since then over the past five games.

Witherspoon started the next two games as Haden worked his way back from a foot injury, and has maintained a regular role since then. With nickel cornerback Arthur Maulet on the Reserve/COVID-19 List, he got plenty of playing time once again, now around 300 total defensive snaps on the season, nearly all coming over the past seven weeks.

The question is, what comes next? Will he be back next season? And if so, will it be in a starting role? The team did re-sign Chris Wormley this past offseason after originally acquiring him the year before via a trade for a fifth-round pick.