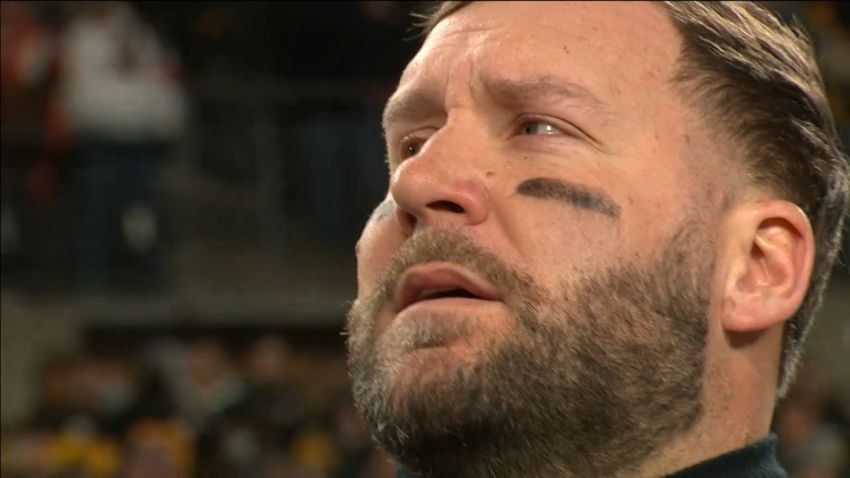 For the 12th time in his illustrious 18-year NFL career, Ben Roethlisberger has the Pittsburgh Steelers back in the postseason.

Granted, this time doesn’t feel like many of the others, as the Steelers are the largest of all underdogs heading into the Sunday night matchup inside Arrowhead Stadium against the No. 2-seeded Kansas City Chiefs. However, that helps the Steelers, as Roethlisberger alluded to during his weekly media availability Wednesday, stating that the Steelers weren’t supposed to be in the playoffs and should just have fun with it.

While that’s all fine and dandy, Roethlisberger has what many on the roster don’t have, which is heavy playoff experience. As the gray beard of the bunch, many are turning to Roethlisberger to help navigate the waters that are the NFL playoffs, something he’s quite familiar with. During his press conference Wednesday, Roethlisberger touched on the increased intensity of playing on the postseason stage under a microscope, something he’s tried to tell some of the younger guys on the roster ahead of the matchup with the Chiefs.

“Yeah, I mean, it’s like I tried to tell some young guys, every mistake is magnified,” Roethlisberger said, according to video via Steelers.com. “Even a third-down drop can be magnified, because the other team you’re playing is a really good football team too, obviously, and so they capitalize on your mistake. I’ve been in a lot of these games where the team that makes the fewest mistakes is going to win.

“I just try and tell those guys that listen, we got to go out there and you got to play free and have fun, play football, but understand that it does even get a little bit faster, and the intensity does pick up.”

The game does feel faster, more dramatic and more intense overall just with the postseason label slapped on it, considering it’s win-or-go-home game that has do-or-die implications. Fortunately for the Steelers and Roethlisberger, they’ve been dealing with that type of pressure the last two weeks of the season, needing to beat the Cleveland Browns and the Baltimore Ravens — two tough AFC North rivals — to even have a chance at getting in.

Now, thanks to some help from the Las Vegas Raiders and some bone-headed coaching by the Los Angeles Chargers and head coach Brandon Staley late in overtime, the Steelers live to fight another day and have the feel of a loose, fun-loving team that is playing with house money going up against the proverbial AFC favorite in the Chiefs.