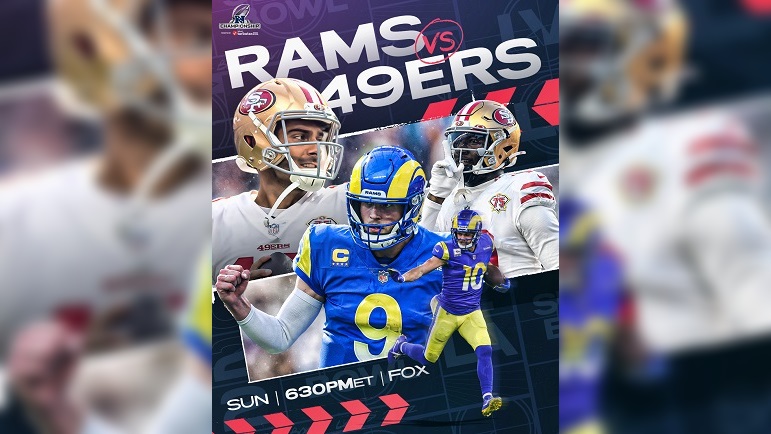 The San Francisco 49ers and Los Angeles Rams will play in the NFC Championship Game on Sunday at SoFi Stadium in Inglewood, California and the winner of course will advance to the Super Bowl LVI two weeks from today to play the Cincinnati Bengals.

The 49ers entered the playoffs as the No. 6 seed in the National Football Conference and then proceeded to beat the Dallas Cowboys and Green Bay Packers to make it to the NFC Championship Game. The Rams, on the other hand, made the playoffs as the No. 4 seed and they beat the Tampa Bay Buccaneers last weekend in the Divisional Round to get there following a first-round Wild Card Round win against the Arizona Cardinals.

We invite all of you to participate in this game thread discussion. Below are the inactive players for Sunday’s second Conference Championship Game and as usual, I have added a Twitter feed that will include news and video highlights from the contest to this post as it progresses. Feel free to discuss the game in the comment section below.

Line today via MyBookie.ag is Rams -3.5