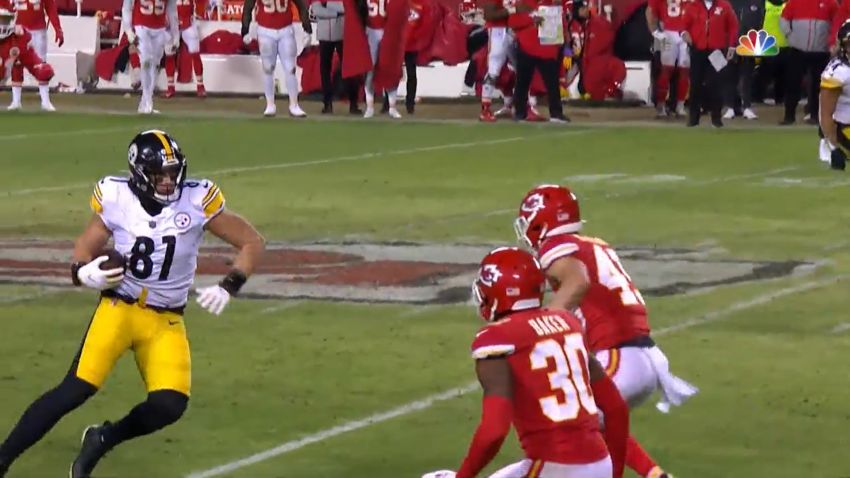 Reasoning: The third-year tight end spent this season proving himself to be a viable contributor on offense, primarily holding a blocking role, but also showing some receiving ability, catching 23 of 29 targets on the year (including the postseason) without dropping a pass. He caught four passes for 33 yards against the Kansas City Chiefs while finishing the year on a four-game run of 40-plus snaps played.

We’re still early in the offseason and so I’m trying to steer clear of too much broad-view discussion, but it’s hard to avoid that whenever you talk about a player like Zach Gentry, who went from an afterthought to an everyday contributor between his second and third seasons.

Even though Gentry has consistently made the roster as the number three tight end, the Steelers seemingly thought so little of his readiness to contribute in his first two years that they only ever bothered dressing two tight ends. This year, they dressed him routinely as the third tight end, and regularly gave him playing time, which generally ticked upward as the season progressed.

And his role in the passing game evolved as well. He was only targeted 13 times through Week 14, and five of those came in the game Ben Roethlisberger missed due to COVID-19. In the final five games, he was targeted 16 times, including three games of four-plus targets. One of those was in the playoff loss, catching all four targets for 37 yards.

Admittedly, all of those receptions came on the final meaningless drive of the game. However, he will go down in history as the answer to the trivia question, who caught Ben Roethlisberger’s last throw in the NFL? Well, it was Gentry, on an 11-yard reception from the Chiefs’ 14-yard line, time running out at the three.

The broader point is, there has been put on display trust in him to function within the offense as a complete tight end. That should be at least mildly exciting with respect to the 2022 season as he and Pat Freiermuth continue to evolve as a one-two combination at the tight end position.