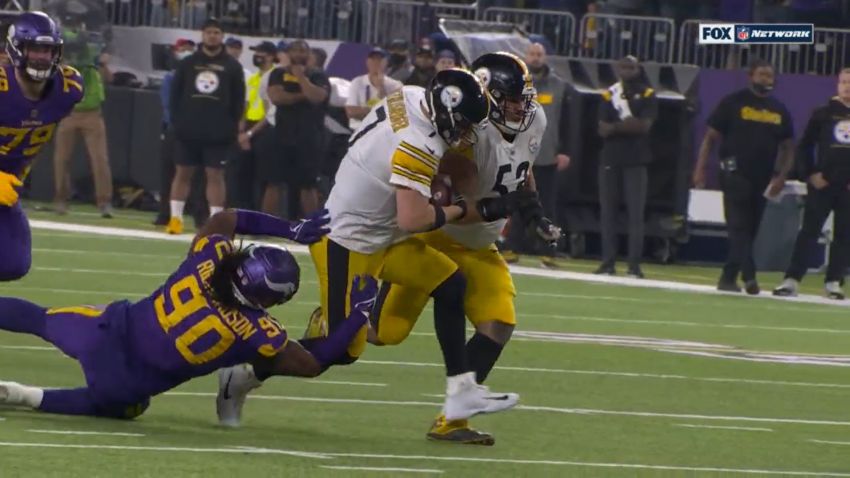 Reasoning: The rookie offensive lineman had quite a disappointing season overall, failing to show progress over the course of the year, which helped pave the way for him being demoted very late in the season and potentially setting up a situation in 2022 in which he will have to earn a starting job.

It wouldn’t be quite accurate to say that Kendrick Green was simply handed the Steelers’ starting center role, but it’s not like they had world-beaters competing against him. J.C. Hassenauer and B.J. Finney were his ‘competition’, but he was given the first crack for the vast majority of the offseason.

Green has traits to like in his game. His athleticism is often obvious, especially when he is working to the second or third levels, a trait that the Steelers obviously covet out of the center position after more than a decade with Maurkice Pouncey.

In the trenches is where he needs a great deal of seasoning, however. He seemed to have a lot of struggles with playing center on multiple fronts due to the speed of the process from snap to contact. Going from primarily guard to center and gaining that snap responsibility slows down your response time, while you also get contacted quicker post-snap at center compared to guard.

He was pretty open about that being a major adjustment for him, and one can only hope that that was his biggest problem this year, and that’s it’s one he can iron out as he grows; if not, it’s hard to see him having a future, at least at center.

Both coaches and players, though, have talked about the possibility of moving Green to guard, where he played for the majority of his college career. Minus the above-mentioned issue, he profiles better as an NFL center than guard, but that’s a pretty huge issue to overcome, so it is possible he could have more success at guard. That’s why I’m not even specifically listing him as a center at this point.