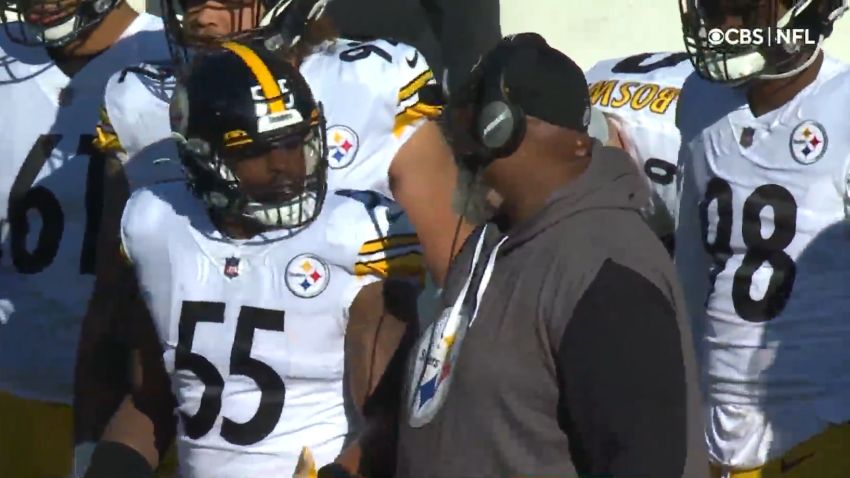 Reasoning: Even factoring in injury, there is no escaping the fact that Devin Bush had a profoundly disappointing third season for the Steelers in 2021.

Devin Bush seemingly made an excellent recovery from a torn ACL that he suffered in late October of 2020, getting his body ready to take the field for the Steelers in the season opener. Unfortunately, at least from a physical or athletic perspective, it wasn’t the previously injured knee that was hampering him.

The former first-round pick displayed numerous traits that would get players of lesser pedigree benched right away. He was hesitant and indecisive around the ball. He showed poor tackling form. He took bad angles, bounced out of running lanes, repeatedly turned his back upfield to plays.

It was enough that it resulted in multiple former Steelers players publicly calling him out, such as Arthur Moats, and especially Ryan Clark. There was even a point at which his father, a former NFL player himself, went on the radio to defend his son and basically got into an argument with his host.

The whole thing was bad vibes, man. And it’s not overwhelmingly clear where we head from here. Is it reasonable to assume that some of his most egregious flaws from this past season are correctable? How much was his prior knee injury weighing on him mentally, and causing him to be tentative in his game or even to shy away from contact?

It’s not uncommon, even today, for players who experienced a major injury to not be all the way back to their former selves only a year removed from the occurrence. One would have to hope that he can bounce back and at least salvage his career, even if he may not be the player they expected they were drafting in 2019.

One thing is for sure, and that is they can’t operate with the assumption that they can rely on him. Complicating matters is the fact that there’s a good chance the team releases their other ‘starter’, Joe Schobert, due to his underwhelming performance at a high salary.