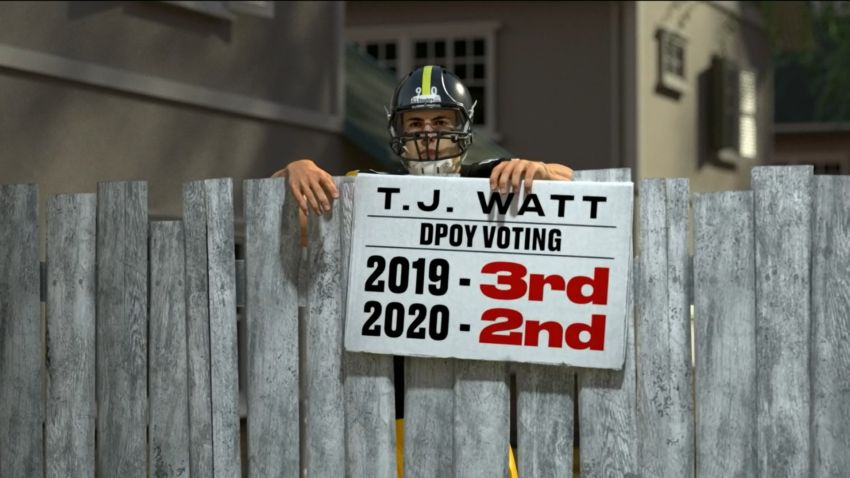 Question: Will T.J. Watt finally win the Defensive Player of the Year Award?

There isn’t much left to look forward to for Steelers fans until the offseason really gets going. I’m sure the signings of players like Trey Edmunds and Christian Kuntz aren’t really getting anybody’s motor humming, and the Pro Bowl isn’t really even a game anymore. Perhaps the only thing remaining is to see whether or not T.J. Watt wins the Defensive Player of the Year Award.

The fifth-year superstar turned in arguably his best season yet in 2022 after cashing in on the largest contract for a defensive player in NFL history—and even more significantly, breaking team precedent by getting his first three years of the deal guaranteed.

But it’s hard to argue they didn’t get their money’s worth after he tied the NFL single-season sack record, recorded five forced fumbles, notched seven passes defensed, and added 21 tackles for loss and 39 quarterback hits.

He also had a sack, a forced fumble, and a fumble recovery returned for a touchdown (the first touchdown of his career) in the Steelers’ lone postseason game, though the playoffs are not supposed to weigh on the Defensive Player of the Year Award.

Will that actually be enough for him to finally get the votes needed to secure the award? He has been a finalist for each of the past two seasons, in 2019 losing out to Patriots cornerback Stephon Gilmore and last year to the Rams’ Aaron Donald, who won it for the third time. Is it finally his turn?

If he wins, he will be the seventh Steeler to win the award overall, with the eighth total award given to the club. He is preceded in the honor by Joe Greene (twice), Mel Blount, Jack Lambert, Rod Woodson, James Harrison, and Troy Polamalu. No other team is close.