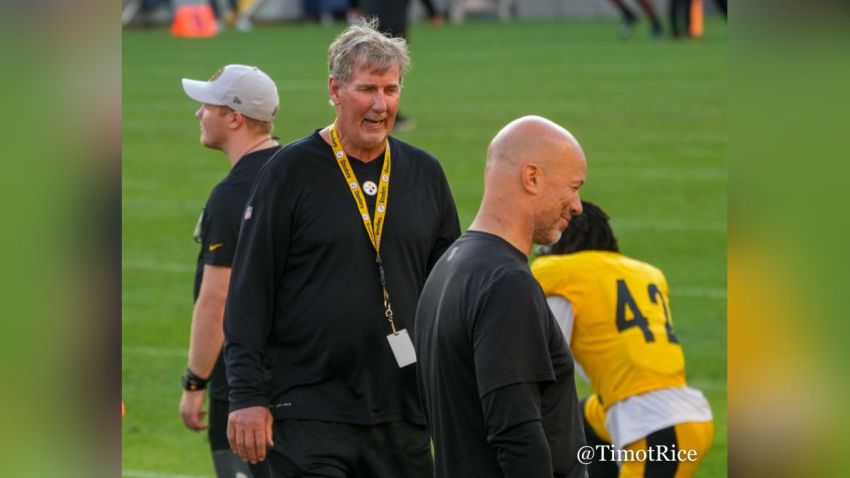 Question: How do you evaluate Keith Butler’s tenure as defensive coordinator?

Former Steelers defensive coordinator Keith Butler, who announced his retirement yesterday, acknowledged the long-held speculation that, for the most part, he was one such coordinator, though not by choice. He told Gerry Dulac of the Pittsburgh Post-Gazette that he would have liked to have done it, but “Mike [Tomlin]’s the head coach. He can do what he wants to do”.

(Dulac also wrote that Tomlin had already largely begun to take over this role late in Dick LeBeau’s tenure).

I emphasize this point because it’s a pretty key element in evaluating his performance. We have a tendency to want to judge coordinators based on what their units do from play to play, but that’s more difficult when they’re not actually routinely setting up their unit on those plays.

They do design and scheme their unit, however. They collaborate in putting together gameplans and sets of plays and schemes that will be run in the game. They’re just not tasked with specifically calling which will be run in-game at any given time.

Butler took over a failing, aging defensive unit in 2015. By 2017, he had resurrected the defense to a perennial top-100 group. They finished in the top five in yards allowed in three out of four years between 2017-2020 (sixth in the other year), and top 10 in points three times, twice in the top five (the other time 16th) in the same span.

Driven largely by injuries to key players and losses in the offseason, the unit fell to 24th in yards and 20th in points in 2021. His lasting accomplishment will have been to have his team lead the NFL in sacks in five consecutive seasons, in each year with more than 50 sacks. That had never been done before in NFL history.