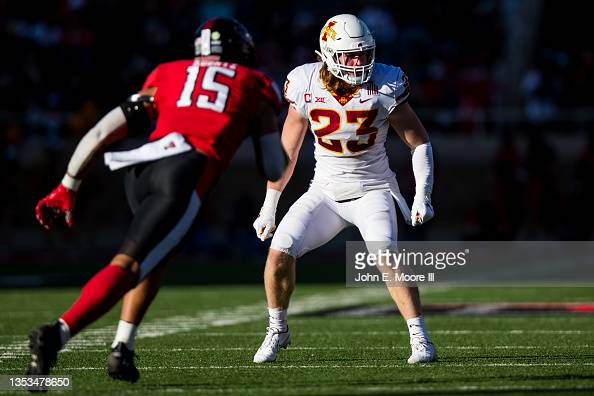 From now until the 2022 NFL Draft takes place, we hope to scout and create profiles for as many prospects as possible, examining their strengths, weaknesses, and what they can bring to an NFL franchise. These players could be potential top 10 picks, all the way down to Day 3 selections and priority undrafted free agents. Today, I’ll be checking out Iowa State linebacker Mike Rose.

— Old-school size and frame, one of the bigger off-ball linebackers in this class
— More athleticism than you’d expect for his frame, above average athlete and asked to cover a lot of ground in school, easily gets depth in zone coverage and can carry receivers/tight ends down the seam in Tampa 2 scheme
— Fluid-mover, bit better in a line than his change of direction but holds own in space
— Versatile, comfortable playing in space, tons of work as an overhang defender and playing over #2, impressive in coverage and production reflects it
— Impressive INT production, great hands and made some spectacular splash plays in pass game
— Sound player in run game, assignment-sound with his run fits and not overpursuing
— Has strength to get ballcarriers down one-on-one, form tackler when able to come downhill between the tackles, wrap and roll style
— Played in a nuanced scheme with blitzes/fire zones that asked him to do a lot
— Energy-bringer on the field, supportive teammate who gets excited when someone else makes a play, but also wants to be around the ball and make the play, flies in to help out on gang tackles
— Elite starting experience
— Athletic bloodlines

— Needs to clean up tackling and bring whole body, tend to miss more out on the edge because he lacks elite foot speed
— Tends to miss tackles while trying to play the ball, needs to wrap upfield shoulder while going for the ball underneath
— Can throw his body around but doesn’t play as “big” or physical for a guy with rare size at his position
— Has to show more consistent hand use being able to defeat blocks in run game
— Senior year production was above average but not elite

Mike Rose is a really interesting prospect at inside linebacker, someone who isn’t getting as much love as he probably should. He brings an unusual blend of size at a listed 250 pounds but impressive athleticism and coverage ability for that frame. In a world of linebackers who barely touch 230 pounds, Rose is attempting to be best of both worlds.

Watching his tape was a lot of fun. As a SAM linebacker, he actually spent a lot of time as an overhang defender, walked out over #2 versus a lot of twin receiver sets. 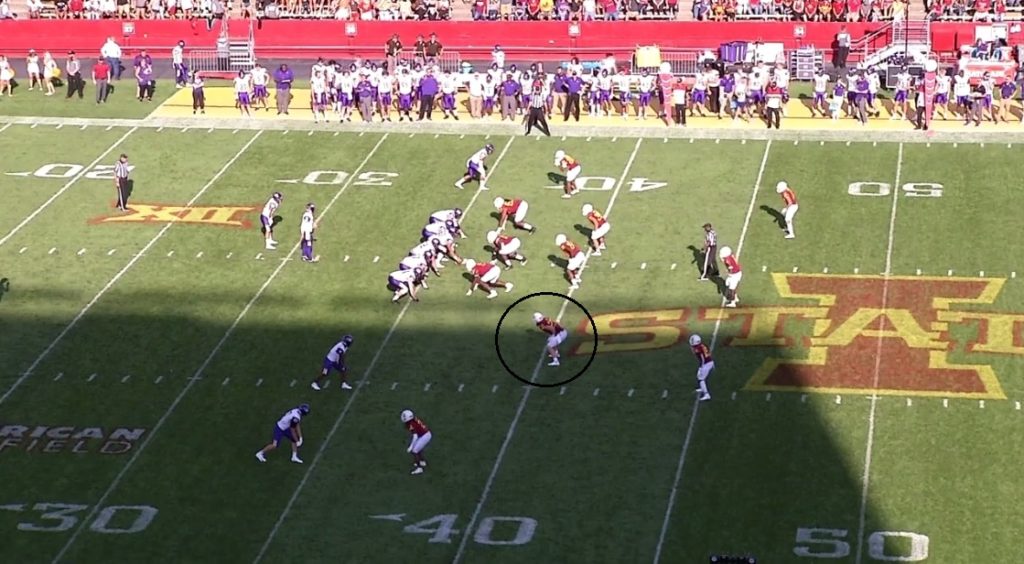 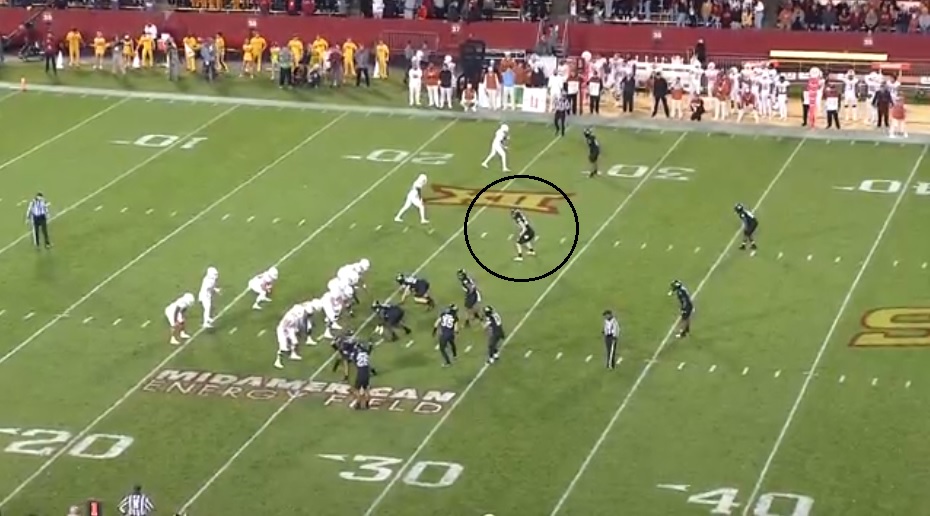 He’s comfortable and fluid out in space, picking off five passes in 2020. He’s had some “gimmie” picks as all defenders who are around the ball do but made some high-level grabs too, like these pair of picks. Shows off his athleticism and hands that look like a tight end, not a linebacker.

But it’s not just about the splashy interceptions. He has the speed and fluidity to carry players down the seam, getting depth in Tampa 2 defenses to open his hips to the strength and run. Don’t see this from a lot of linebackers.

It happens to all defenders but I’ve seen Rose miss more tackles than you’d like to see, especially out on the perimeter and in coverage. In coverage, he needs to play to the upfield shoulder to secure the tackle if he can’t play the ball.

He’s big, fairly physical, but I would like to see him play to that size a little more often against the run but overall, he’s certainly proficient coming downhill and he wants to attack the football. Certainly doesn’t shy away from that part of the game.

Rose also played in an aggressive and NFL-feeling Cyclones defense. Twists, stunt blitzes, and they’ve run a hybrid defense at times under an experience DC. For what it’s worth, his LBs coach Tyson Veidt was the DC at St. Vincent College (where the Steelers hold camp) in 2006 and 2007. Long time ago, I know, but it overlaps with Mike Tomlin’s first year so maybe there’s a little history there. ISU’s DC also has a lot of experience in the MAC with stops at places like Kent State and Toledo and has a ton of Ohio roots.

Rose really impressed me. A name who seems to be flying under the radar. The league prioritizes linebackers who can run and cover and that usually means they come in 6-0, 6-1, 230-235 pound packages. Not a listed 6’4, 250 guy like Rose. Impressive on and off the field, he’d be a good fit in the Steelers’ defense at a position they need to upgrade. I think he’ll be comfortable in the Steelers’ scheme, assuming there aren’t significant changes in the post-Keith Butler era, which seems like a pretty safe bet.

Excited to watch Rose in Mobile next week. A guy I certainly want to see up-close.

Comparing him to the Saints’ Alex Anzalone minus the injury/durability concerns. Rose is a guy who needs to be on the Steelers’ radar.