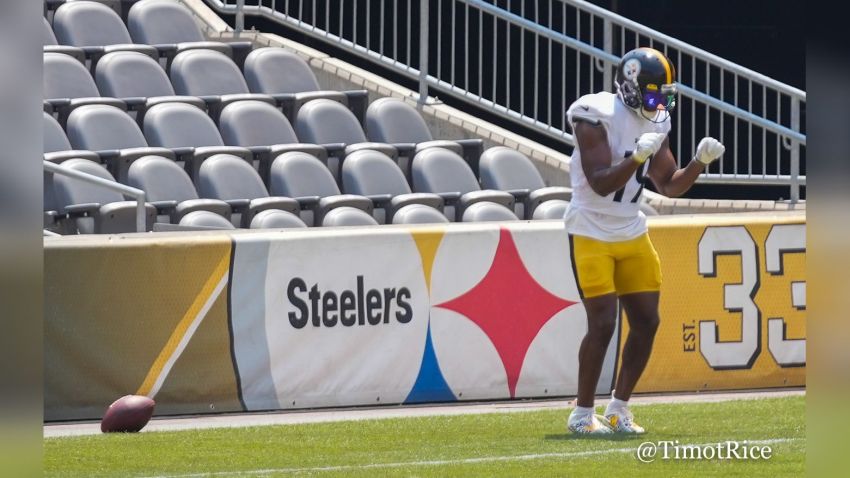 Reasoning: The fifth-year veteran wide receiver has apparently returned to practice over the course of the past two days, and reports have indicated that not only is he healthy, but is trending toward playing.

Well, I sure as hell didn’t think I would be writing about JuJu Smith-Schuster in this column until the offseason, but here we are. The fifth-year veteran wide receiver sounds like he’s going to be suiting up for the Steelers tomorrow and participating in their postseason game.

On the Reserve/Injured List since suffering a shoulder injury in week five against the Denver Broncos, the wide receiver would have to be activated from the 53-man roster by 4 p.m. today in order to be eligible to play tomorrow, so we should know in several hours whether or not it’s actually going to happen.

Even if he does manage to play, it is unlikely he would command a starting role. But if he could even give the team a couple dozen snaps, that could be a big lift. I imagine his on-field chemistry with Ben Roethlisberger was not also injured along with his shoulder, so I suspect he’ll be targeted.

Of course, one wonders, if he were really so close to playing, why he wasn’t already practicing on Wednesday, which leaves room for some skepticism about whether or not he is actually going to be available. But the good news is we’ll know in just a few hours whether or not he is healthy enough to be on the 53-man roster.

Diontae Johnson has largely stepped up in Smith-Schuster’s absence this year, catching over 100 passes for over 1,100 yards with eight touchdowns. Chase Claypool is capable of delivering the big play here and there, but has been a disappointment in year two.

If for nothing else, his availability will simply give the Steelers more options. Just him being out there is also a morale booster, something a number of his teammates have talked about this week, not just because of his personality, but because of what he means to the locker room.