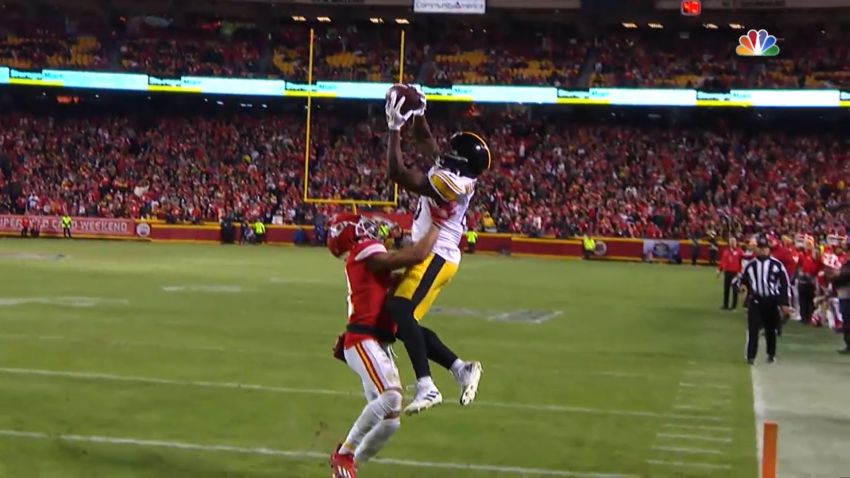 Reasoning: The fourth-year wide receiver was about the only one making plays for the Steelers during Sunday’s postseason loss to the Kansas City Chiefs, in a somewhat rare opportunity to get some quality playing time on his way out the door and into free agency.

James Washington caught two passes during the Wild Card game. He had only caught more than that in four other games this year during the regular season, to give some perspective about how little he was utilized, with just 44 targets on the year.

Both of those catches, however, were significant, and impressive. One of them came in the end zone for a touchdown. Both came at times when the Steelers were desperately searching for somebody who was able to make a play for a floundering offense.

Yet he only played 23 snaps in the game, about a third of the offensive total. He never played more than 30 snaps in any one game this year after the Week 11 game against the Los Angeles Chargers. He still somehow wound up with 480 snaps, nearly the same amount of playing time he had last year, however, but his playing time slanted pretty heavily toward the first half of the year.

He must be desperate to get out of Pittsburgh and find a team that has room for him and a plan to use him, because there’s no way he was happy about playing behind Ray-Ray McCloud as the number three receiver, paired behind Diontae Johnson and Chase Claypool.

Washington is no superstar, and he’s not about to turn into one, either. He’s capable of making the occasional play. I don’t see him having an Emmanuel Sanders-like post-Steelers career by any stretch of the imagination. He’s closer to a Markus Wheaton than a Sanders (ignoring the fact that Wheaton basically didn’t have a post-Steelers career due to health).

But he damn sure is about to look for an opportunity to let some other team find that out. He was clearly capable of having a bigger role than the Steelers’ offense allowed for him this past season. And if you’ll recall, there were significant rumors multiple times last year that he wanted to be traded—not for no good reason.