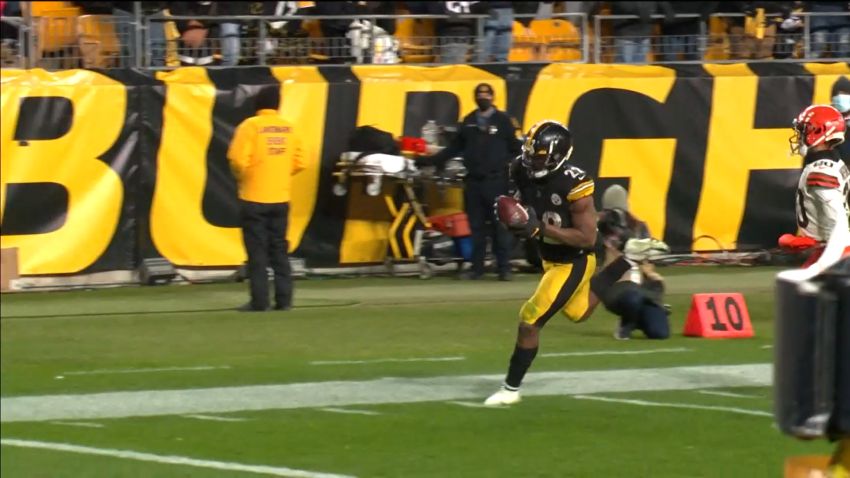 Reasoning: Najee Harris is coming off of the best rushing game of his career, not only in what the numbers say, but in the way that he ran, an encouraging indication of his projected growth going forward.

Najee Harris rushed for 188 yards on 28 rushing attempts on Monday against the Cleveland Browns, including a rushing touchdown. He averaged by far a season-high 6.7 yards per attempt (his previous high was 5.3, the only other game over 5.0). And while the offensive line turned in a strong performance, a lot of that was on Harris.

That’s not to say that he was suddenly night and day in comparison to how he had been playing. But it did show the way that he is capable of playing if he’s actually given a decent number of holes in a game, and the more holes he sees, the more he’ll grow, and the more comfortable he’ll be.

He talked after the game about how he was running with more decisiveness than he had been, something that the coaches had been talking to him about all season, and that was certainly a factor in the game, and something he needs to keep doing going forward.

It’s a problem, of course, when you have so few holes. When you see a play that looks like you’d be lucky to get even one or two yards, and you see this routinely throughout the game, you might develop a tendency to try to bounce a run wide in the hopes of making a play that wasn’t blocked for.

It might happen once in a while, but more often than not, you’re just going to get tackled for a loss, or an unsuccessful play. Which is why he’s being coached to take what’s there given the options rather than try to create something that isn’t there.

Meanwhile, I’ve already mentioned this a couple of times in different contexts, so any jinx effect has been well-established, but his ball security has been exceptional. He’s already set a rookie record for the most touches by a rookie without a fumble…assuming he doesn’t fumble this week. He’s one of only six players in NFL history to have at least 366 touches in a season without fumbling…again, if he doesn’t fumble in Week 18.