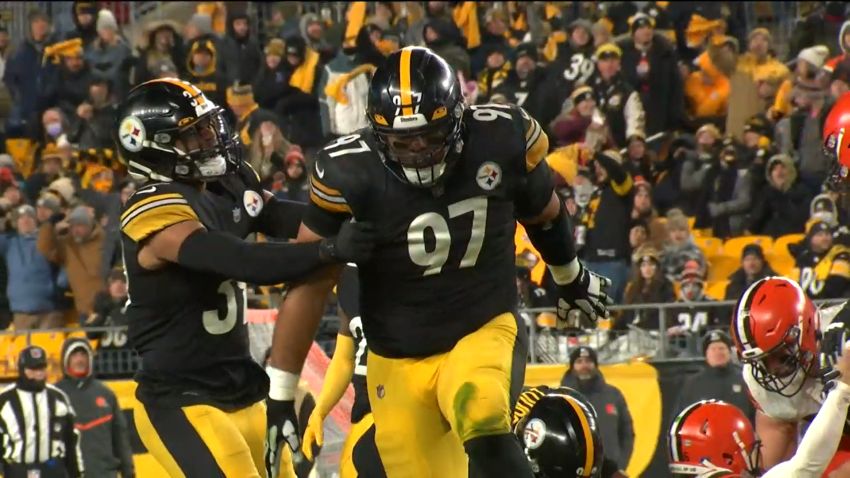 Reasoning: Cameron Heyward had one of his best games last night in one of the best seasons of his career, notching a sack, two batted passes, two quarterback hits, and a tackle for loss.

Cameron Heyward said of his performance in quarterback Ben Roethlisberger’s final home game last night that he told his longtime teammate, “I wanted to make sure my play held up to how I felt about him”. I think we can declared the mission accomplished.

The 11-year veteran was a consistent threat for the  Cleveland Browns’ interior offensive line, featuring Pro Bowlers across the board in Joel Bitonio, J.C. Tretter, and Wyatt Teller. He recorded his ninth sack of the season, tied for the second-most in his career. He also recorded two batted passes, bringing his season total up to nine, a new personal best. On top of that, he had two quarterback hits, four tackles, and a tackle for loss, of which he now has 13.

Heyward was voted into the Pro Bowl this year for the fifth consecutive season. He should easily command a spot on the All-Pro team once again, as well. And it’s games like yesterday’s, especially when he’s able to play under the lights, that help remind you of just who he is, and how long he’s been that person.

For as many numbers as he does actually put up, though, no stat line will fully quantify what Heyward brings to a defense. The only way to fully appreciate that is to just watch the tape and to see what kind of chaos he is creating, either on his own or by commanding attention that allows others to make plays.

Yesterday’s game was just another day at the office for one of the greatest defensive players in the history of a franchise that is intimately associated with having great defensive players. That’s all that needs to be said about his legacy, and he’s far from done writing it.