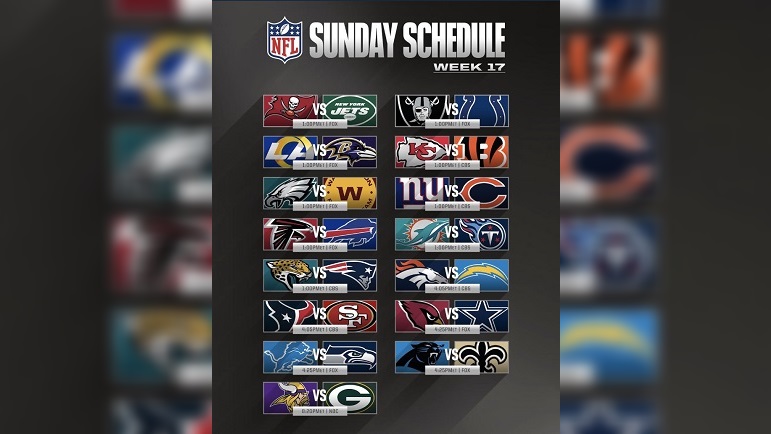 The Pittsburgh Steelers will play game their Week 17 game on Monday night at home against the Cleveland Browns and that’s a contest they must need to win to help their chances of making the playoffs this season. The Steelers enter Sunday of Week 17 with a 7-7-1 record and they are outside of the playoff picture window in the AFC to boot. There are obviously quite a few other key Week 17 games to pay close attention to throughout Sunday night if you’re into doing some scoreboard watching.  So with that, here’s a look at a few other games that Steelers fans might want to pay close attention to on Sunday.

Here is your Week 17 rooting guide if you’re a fan of the Steelers:

In a perfect world, the Bills would lose their final two games of the season. That might be needed if the Steelers can’t win their AFC North division. The Steelers would still need to win their final two games to finish ahead of the Bills in the Wild Card race. The Bills’ Week 18 game is against the New York Jets, however, but we’ll just focus on one week at a time right now.

Realistically, the Ravens aren’t a huge threat to the Steelers this week and that’s because the two teams will close out the season playing each other in Baltimore. Even so, it would be nice to not to have that Week 18 game mean anything to the Ravens when it comes to the Wild Card race. As Steelers fans should do nearly every week, root for the Ravens to lose on Sunday.

One of the Patriots or the Bills will go on to win the AFC East division. The team that doesn’t win the division will be attempting to get a Wild Card spot. The Patriots very well could find themselves in a must-win scenario in Week 18 if they were to lose to the lowly Jaguars on Sunday. So, there you go, root for Jacksonville to pull off a miracle on Sunday to keep the Patriots at nine wins.