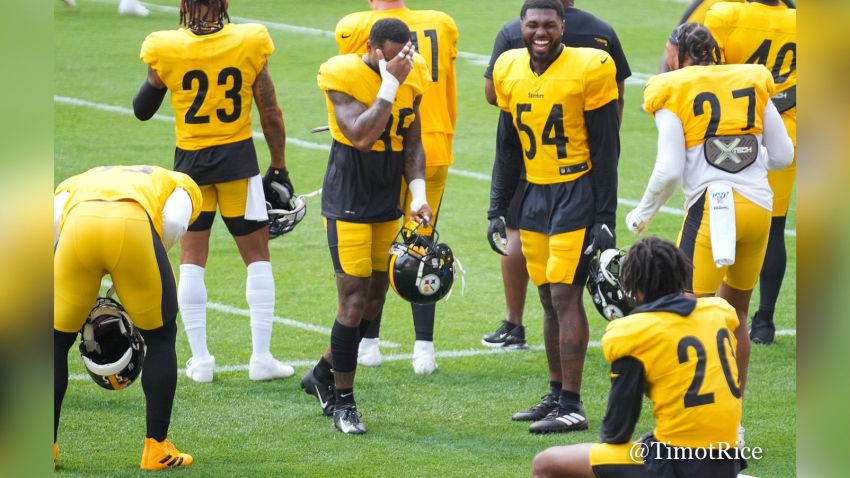 Question: Will Ulysees Gilbert III or Marcus Allen start at linebacker if Devin Bush does not return from the COVID List?

With Joe Schobert now on the COVID List and Buddy Johnson looking like he’s going to miss another game due to a foot injury, the Steelers are once again in a bind at the inside linebacker position. It’s shaping up to be just Robert Spillane, Ulysees Gilbert III, and Marcus Allen out there on Monday night unless they get Bush back over the next couple of days.

Considering the fact that Bush has already been trending the wrong way this year, and seemed to be being positioned for shrinking playing time, it’s not exactly an enviable position that the team is in right now in hoping that he gets back.

But adding him to a group that only includes Spillane, Gilbert, and Allen is preferable to the alternative. Gilbert hadn’t even seen a snap on defense until last week, and that’s only because of Bush and Allen being on the COVID List and Johnson being injured.

And Allen was being used as a dime linebacker. So if the Steelers actually go into the game with just the three, it’s hard to even say who would start. Allen started a couple of games last year as the last man standing. If Gilbert starts, it would be the first of his career. He should hit 300 special teams snaps on the season this week, though.

There was a lot of enthusiasm about Gilbert as a rookie when he had a strong preseason. He’s been injured a lot since then, however. His preseason effort this year left a lot to be desired, but he still made the team due to special teams as a sixth linebacker. And then he scored in the opener on a blocked punt.