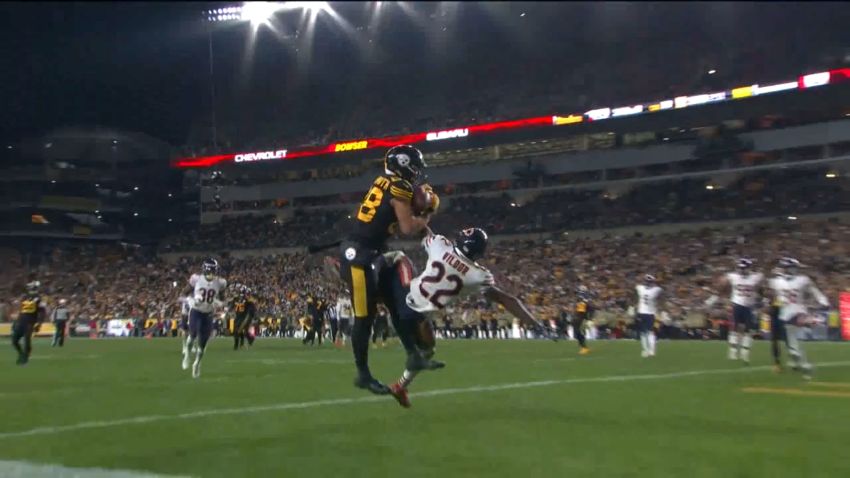 As with the Steelers’ first-round pick, there remains continued debate over whether or not the team made the most optimal selection for their circumstances in the second round. What cannot be denied is that they still came away with some fine players in their own right.

That is one thing Pittsburgh’s top two picks did well this year: They got into the end zone. Between Harris and Freiermuth, they accounted for 17 touchdowns. In case you’re wondering how meaningful that is, the Steelers as an offense scored 33 touchdowns on the season, so they accounted for more than half of them. Add in Diontae Johnson’s eight, and you only have eight more offensive touchdowns for all but three of their players. Nobody else scored more than twice.

But back to Freiermuth, since that is the topic at hand, the Penn State product proved as a rookie that he has what it takes to be a starting number one tight end. While he will continue to grow into a blocker—Zach Gentry served as the primary blocker—his soft hands make him a reliable target in the passing game, and he shows potential as a tackle-breaker able to produce yards after the catch.

The next evolution of his game may come naturally—hopefully—with the changing of the guard at quarterback, and with an update to the offensive line. The Steelers need to get him deeper targets and in open space more so that he can get down the field and create yards after the catch. That was his weakest area, statistically, this past season, even though he was not deficient in moving people. It’s just that his average depth of reception was so shallow.