The Minnesota Vikings have now released their second official injury report of Week 14 ahead of their Thursday night home game against the Pittsburgh Steelers, and the Tuesday offering shows that two players sat out practice earlier in the day.

Not practicing on Thursday for the Vikings were tackle Christian Darrisaw (ankle) and wide receiver Adam Thielen (ankle). Those two players appear to be highly questionable for the team’s Thursday night game against the Steelers.

Listed by the Vikings as being limited in practice on Tuesday were safety Camryn Bynum (ankle), running back Dalvin Cook (shoulder), and linebacker Blake Lynch (hip). Cook sat out the Vikings’ Week 13 game, so it will be interesting to see if he’s healthy enough to play against the Steelers come Thursday night. 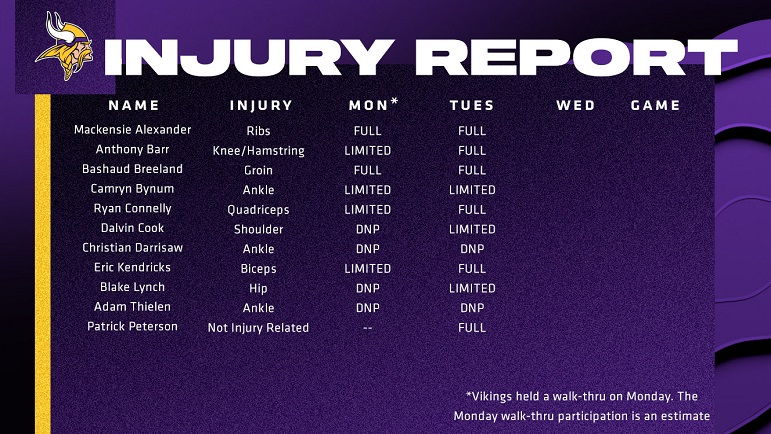