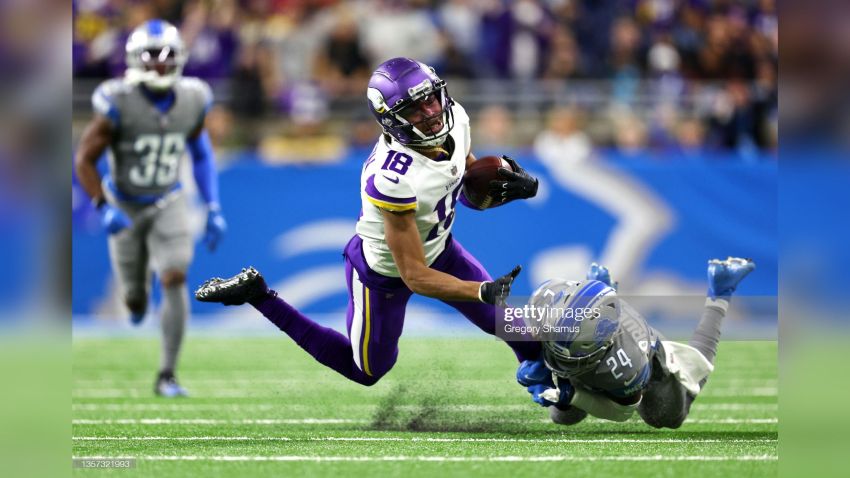 The Pittsburgh Steelers are not nearly as far away from their hosts for tomorrow night, the Minnesota Vikings, who fell to 5-7 on the season thanks to a last-second field goal from the Detroit Lions. The Steelers only very narrowly avoided falling to 5-6-1 on the season with an errant pass on a two-point conversion attempt that would have won the game.

Still, these are both teams that are steaming about their struggles. Prior to narrowly avoiding a loss to the Baltimore Ravens, the Steelers lost two games in a row, and tied the very Lions team that just secured its first win of the year against Minnesota.

And the Vikings are ready to get that taste out of their mouths. And they’re appreciative of the fact that it’s coming up quickly due to the Thursday schedule. “It’s time to go bring the pain to somebody else”, second-year wide receiver Justin Jefferson told reporters yesterday. “Just show our frustration off of last game, us not getting that win and us not playing as good the first half. Coming off of that, just trying to get a win and bouncing back”.

Jefferson, a 2020 first-round pick, is one of the stars of that team. After putting up 88 receptions for 1400 yards and seven touchdowns as a rookie, he has 78 so far this year in 12 games for 1209 yards and seven scores. And his 14.9 yards per touch leads the NFL, tied with Deebo Samuel of the 49ers.

“Every one is must win”, Jefferson said when asked if Thursday’s game against the Steelers is a must win. “We want to win every single one. We don’t want to go into the game with that losing mindframe. We’re not really worrying about the record. We’re just worrying about the game Thursday, trying to get a win, and then we’re gonna move forward after the game”.

The Vikings are actually only one game back in the loss column from earning a postseason berth. Both the sixth and seventh seeds are currently 6-6, those being the 49ers and the Washington Football Team. They are one of five seven-loss teams, however, so they are in the middle of a large pack of teams right now.

As for the Steelers, this is, of course, also a must win of sorts, or at least it might as well be. it figures to be perhaps their most ‘winnable’ game remaining on the schedule, and they need to record as many of those as possible.

Each of the AFC’s three Wildcard teams are currently sitting at 7-5, the Steelers just behind them at 6-5-1. Of the three, they lose head-to-head tiebreakers to two, and own the head to head against the other—though that would only apply if any of them actually end up in a tie in the final five games.