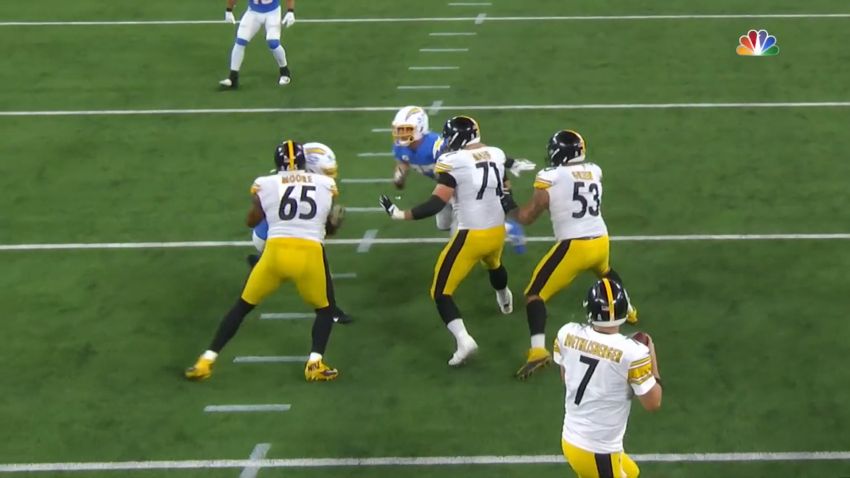 “He got us some suits and sports coats and shoes and ties for Christmas,” he told reporters Wednesday via Steelers.com. “So I know he thinks he’s a dapper guy, so I do appreciate him for that. I wanted to make sure I put that out there…it was a certificate to go get a custom sports coat, a suit, we get a custom shirt and a tie and some shoes. Like I said, he thinks he’s a dapper guy. So he wanted to make sure that we dressed the part as well.”

While some Steelers’ fans think the O-line deserved nothing more than a lump of coal this Christmas, Roethlisberger’s gesture is surely appreciated by that front five. While we don’t have an exhaustive list, custom suits has been a common gift Roethlisberger’s given to his guys over the years. Here’s a list of just some of the presents we know about

And now we know about the 2021 suit and tie combination.

Pittsburgh’s offensive line looks much different now than it did back in 2017 or even a year ago. The core group of guys are gone: Alejandro Villanueva, Ramon Foster, Maurkice Pouncey, and David DeCastro. Three of them exited this past offseason while Foster retired following the 2019 season. It’s created plenty of turnover and upheaval upfront, leading to rocky results.

Roethlisberger has been sacked 35 times this season, the most he’s been dropped in a season in nearly a decade, while the run game has continued to struggle. It’s only amplified Roethlisberger’s old age and lack of mobility. Still, this group wasn’t predicted to perform great, and it certainly isn’t for a lack of trying.

To a broader and more serious point, Turner said he’s enjoyed playing with Roethlisberger this season.

“It’s been a pleasure just playing with him, man. Just seeing how he comes to work, prepares. Seeing what he does to get his body going at the age that he is. Just how he’s been able to do it at a high level for so long. I’m just embracing the opportunity to just to block for him every time he throws a dime and we get a dub. Just happy to celebrate with him.”

Turner’s future with the team is also in doubt. Signed to a one-year contract this summer, it’s unclear if Pittsburgh will bring him back. Turner has provided physicality and leadership to a room needing both but the Steelers are likely to keep exploring upgrades to an offensive line that hasn’t been good enough this season.