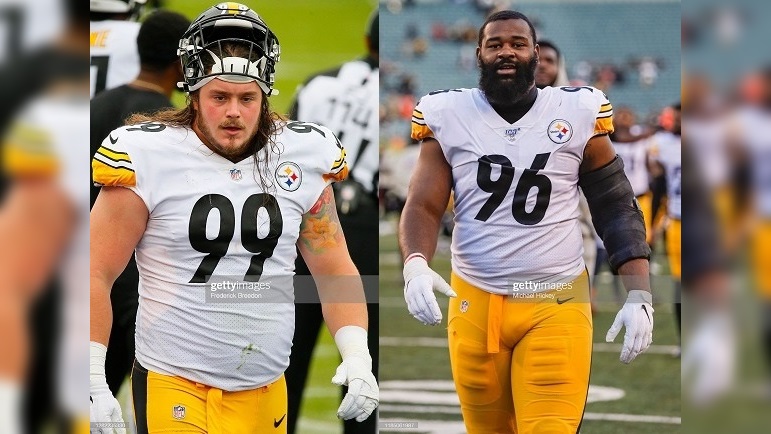 It’s no surprise that without Stephon Tuitt or Tyson Alualu, the Pittsburgh Steelers’ run defense took steps backward. But it wasn’t just one step. They leapt, moonwalked, flat out ran backward, going from a normally stingy unit to not only the worst in the league but a historically bad run defense.

This season, Pittsburgh’s allowing 4.9 yards per carry, 32nd in football while their run EXP (expected points contributed) is third-worst at -30.7. They allowed their second straight 200-yard rushing performance to the Tennessee Titans Sunday, the first time that’s happened since 2000. Speaking to reporters Tuesday, Mike Tomlin blamed the woes of a young, inexperienced unit.

“We still gap integrity issues that we’ve had particularly in recent weeks,” he said via Zoom, carried live by Steelers.com. “And to be quite honest with you at times, that comes when you’re playing with some younger and inexperienced guys and guys that are at the outset of their career in terms of gaining footing. There’s gonna be some breakouts. There’s gonna be some lack of gap integrity.”

Pittsburgh’s defensive line depth this summer was one of the team’s deepest. But it was tested almost immediately. Stephon Tuitt hasn’t practiced this season and will almost certainly not play the rest of the year. Tyson Alualu’s season was lost after five quarters due to a fractured ankle. It’s forced the team to rely on younger players like Isaiah Buggs, rookie Isaiahh Loudermilk, Henry Mondeaux, the recently-healthy Carlos Davis, and even Daniel Archibong for a handful of snaps. Pittsburgh also made the rare out-of-house signing, poaching NT Montravius Adams off the New Orleans Saints’ practice squad. Adams has played relatively well, though he missed Sunday’s game due to COVID.

Compound those issues up front with poor play from Devin Bush and Joe Schobert (it’s worth noting there is a relationship between D-line play and ILB play), and you get a front seven that’s struggled for most of the season.

It’s forced Minkah Fitzpatrick to bail the group out time and time again. He’s up to a whopping 102 tackles on the season, by far the most of his career, and he’ll likely finish with a Steelers’ record for a safety. His 38 tackles against the run this season are the second-most of any safety in football, only trailing Carolina’s Jeremy Chinn (who is more of a box/hybrid type, not a free safety like Fitzpatrick).

As he did immediately following Sunday’s win, Tomlin credited Fitzpatrick for his open-field tackling, preventing good runs from turning into great ones.

“I thought that Minkah was exceptional in Tennessee in minimizing some of that damage with his open grass tackling. I don’t know how many tackles we credited him with. 12 solo, or whatever. The nature of those tackles. Angle, open grass tackles. I can’t say enough about what Minkah’s done in that area.”

The Steelers’ defense may not see a lot of running this weekend against Patrick Mahomes and the Kansas City Chiefs, though Andy Reid is always one to exploit weaknesses. To finish out the year, Pittsburgh will take on two run-heavy teams in Cleveland and Baltimore. To their credit, the Steelers minimized those run games in their first meetings. But they’ll have to do it again.