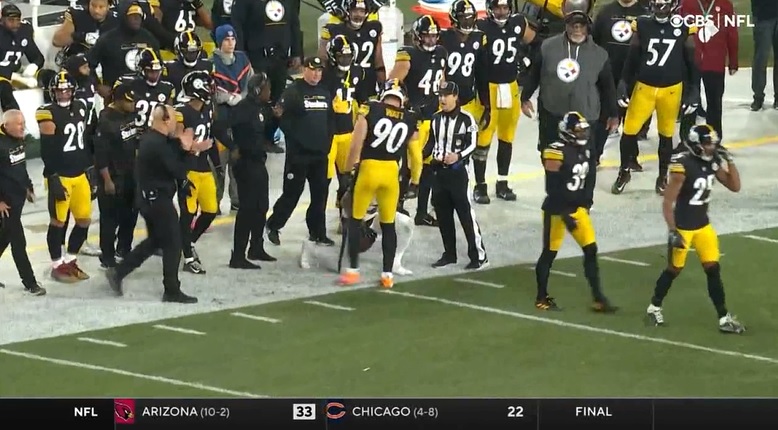 TJ Watt came away from his Week 13 game against the Baltimore Ravens with 3.5 sacks and a win. He’s also coming away from it with a fine. According to NFL Network’s Tom Pelissero, Watt has been fined $10,300 for a taunting penalty in the second quarter of Sunday’s game.

Watt was fined at the very end of a sideline tackle on Ravens’ RB Devonta Freeman after an eight-yard gain. It turned a would-be 3rd and 7 into a 1st and 10, extending Baltimore’s drive and leading to a three-yard Freeman touchdown several plays later.

Here’s a look at the incident.

T.J. Watt was fined for this against the Ravens:

Later in the week, Watt told reporters he wasn’t sure what he did to draw a penalty.

“I don’t know, still trying to get clarity,” he said a few days ago.

Watt has the ability to appeal the fine if he chooses to though his odds of getting it overturned are low. Penalty aside, Watt had a fantastic performance, racking up six QB hits, 3.5 sacks, a forced fumble, and several key pressures, including on his final play, forcing a slightly inaccurate throw as Baltimore attempted a game-winning two-point conversion. Watt was named the AFC Defensive Player of the Week for his efforts.

This is the second time Watt has been fined this season. He was fined for an unsportsmanlike conduct against Seattle several weeks ago after repeated attempts to punch the football out of the running back’s hands.

All fine money goes to charities chosen by the NFL. Fine amounts are decided by the CBA and increase at a set rate each season.