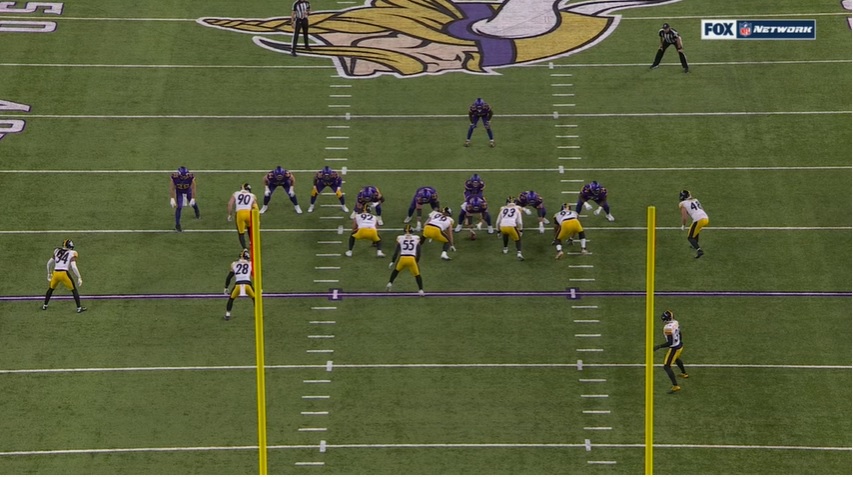 That just doesn’t happen in Pittsburgh. And in fact, it hasn’t in a long time. The last time the Pittsburgh Steelers allowed 100+ yards rushing in six straight games – over the course of one season – was 1999, when they gave it up in seven straight. Meaning it hasn’t happened in 22 years and never before in the Kevin Colbert era, who arrived on scene in 2000.

It’s been a perfect storm of terrible factors. Key injuries to the defensive line, losing Stephon Tuitt for the entire season and Tyson Alualu sans the first five quarters of the year. It’s compounded issues with Joe Schobert and Devin Bush, neither who have played anything resembling competent run defense this season. Bush had two of his worst games over that stretch, Los Angeles and Cincinnati, while Schobert may have played his worst game of the year Thursday against Minnesota. Overall, the tackling has been noticeably worse than a year ago too, turning decent runs into good ones and good ones into great ones.

For essentially 50 years, no team has been as consistently strong against the run as the Steelers. That’s how their identity has been built. Stopping the run as the building block for everything else they do defensively. Now, they’re league-worst and a historically poor unit. On the season, they’re allowing 4.97 yards per carry. Since 1946, as far back as data reliably goes, it’s the worst YPC Pittsburgh has ever allowed. Here’s the top five worst.

So not only are they the worst, but they’re on pace to be so by a wide margin, nearly 0.3 yards per carry higher than the next offender, 4.71 allowed in 1954.

Your 2021 Pittsburgh Steelers. The worst run defense in franchise history.

Incredible that a team with legitimate superstars, Cam Heyward, T.J. Watt, and Minkah Fitzpatrick, can be historically worst in anything. That isn’t their fault specifically, but speaks to how bad everything else has been.

Of course, there are four games left. And that number can and will change. But the road doesn’t get easier going forward. They’ll play Tennessee in Week 15 who may still be without Derrick Henry, but are committed to the ground game and can still run the ball well. Kansas City is the easiest matchup on paper, but it’s followed up by the Browns and the Ravens. Pittsburgh’s actually done relatively well to contain their run games in their first meetings. But it’s hard to be confident they’ll get the same results in the rematches.

Maybe it’s not a shock to see this run defense be as bad as it is. At this point, it’s certainly no longer a surprise. But it’s a disappointment and an utter embarrassment.