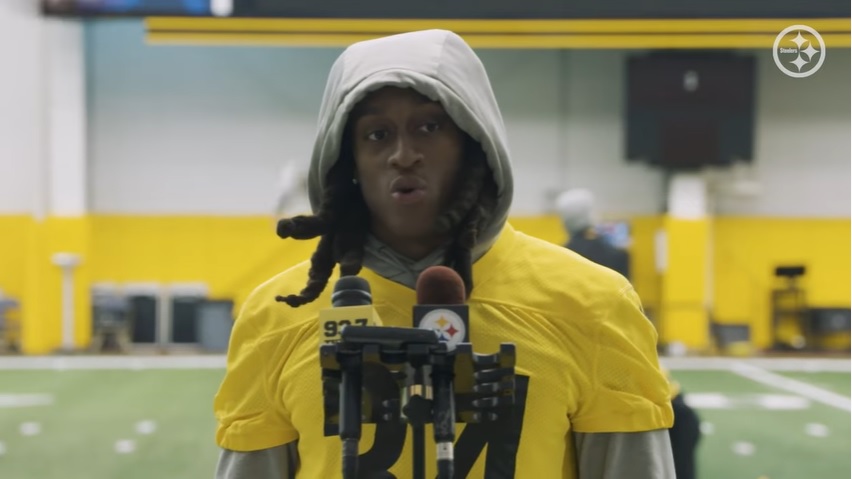 Terrell Edmunds has made significant strides this season for the Steelers. The timing couldn’t be much better, as his fifth-year option was declined by the team back in May.

Edmunds’ play has been needed, particularly with the front-seven’s inconsistencies. He’s helped form one of the more underrated safety duos in the NFL with Minkah Fitzpatrick. Edmunds discussed just what has led to his improved play this season at strong safety.

“I definitely am pleased on what I have put on tape [this season]. [I have] to keep on building because it’s not over,” Edmunds said Thursday via the Steelers’ page. “We still have three games, the most important three games we have so far. I just gotta go out there, help the team win, and whatever happens after the season, I gotta prepare for.”

For one, Edmunds’ tackling has become much more sound. In the past, he’s taken bad angles and missed tackles more than the wanted amount.

He’s also gotten into the backfield a lot this season, something that he’s not been known for in his career. In 47 career games before this season, he had just four tackles for loss. Through 14 games in 2021, he has eight TFL.

“[I feel like I have improved] in every aspect. Just constantly getting better, feeling more comfortable out there, playing faster and smarter, and just making more plays. So I just definitely think that growth every year, that’s something I have always valued and that’s what’s been going on.”

Before this season, his future in Pittsburgh seemed to be up in the air, as evidenced by the team declining his option. After the season he’s had in 2021, it’s much more likely he remains in a Steelers uniform beyond this year.

His late ascension is somewhat similar to that of former Steeler Bud Dupree. The Steelers will need another very good performance from Edmunds against the Patrick Mahomes and the Chiefs this Sunday. Regardless, the season’s been a testament to Edmunds’ hard work and improvement as a pro.