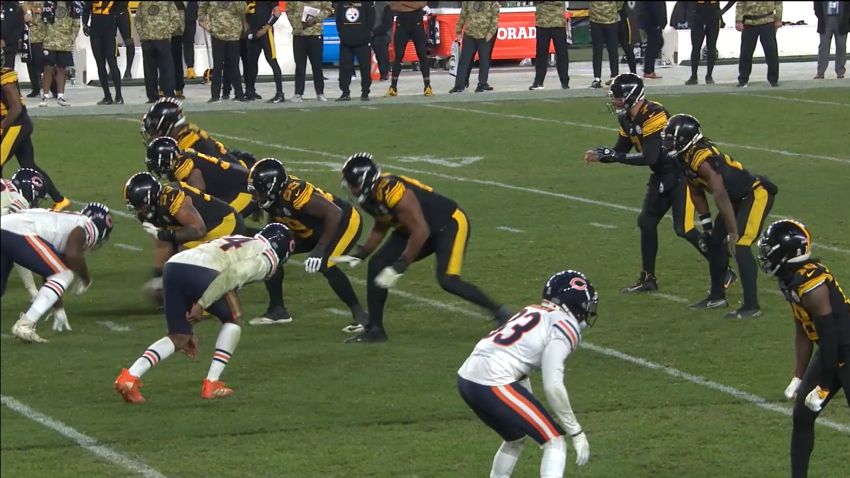 As we’ll do every week to get you ready for the upcoming game, our X-Factor of the week. Sometimes it’s a player, unit, concept, or scheme. Here’s our X-Factor for tomorrow’s game against the Kansas City Chiefs.

No talk about a specific player here. Just a moment in time. Fifteen of them, to be exact. Mike Tomlin said it all on Tuesday. Don’t dig a hole against the Kansas City Chiefs. Pittsburgh’s strategy to winning this year seems to be keeping the first half score down with bend-don’t-break defense, and letting the offense rally from the second half. That works down ten points, as the Steelers were against the Tennessee Titans. But 29 points was too much to overcome the game before against the Minnesota Vikings.

That was the case in the Steelers’ 2018 loss to Patrick Mahomes and the Chiefs. It was Mahomes’ coming out party, tossing three first-quarter touchdowns as KC raced out to a 21-0 lead. Pittsburgh attempted a comeback and got close, but ultimately fell in a 42-37 shootout.

The Steelers can’t play the same game. Get down 14-0 and expect to rally back. Beating the Chiefs will be hard for obvious reasons; this is a team ill-equipped to win shootouts, but they have to match scores, take leads, and get the Chiefs uncomfortable. A place they haven’t been in several weeks as the team’s gotten on track. It’ll also help take the air out of that loud Arrowhead crowd.

Of course, fast starts haven’t been the Steelers’ mantra lately. While their first drive results on the season are better under Matt Canada than Randy Fichtner, Pittsburgh has been outscored 33-6 in the first quarter of their last five games. In the first half, they’ve been outscored 91-19. A second-half rally isn’t going to cut it this time around.

I’m not saying the Steelers need to build a massive lead of their own, though hey, if they want to, who am I to argue? But they need to be competitive wire-to-wire and hope to be the team who makes the game-defining play late in the fourth quarter.