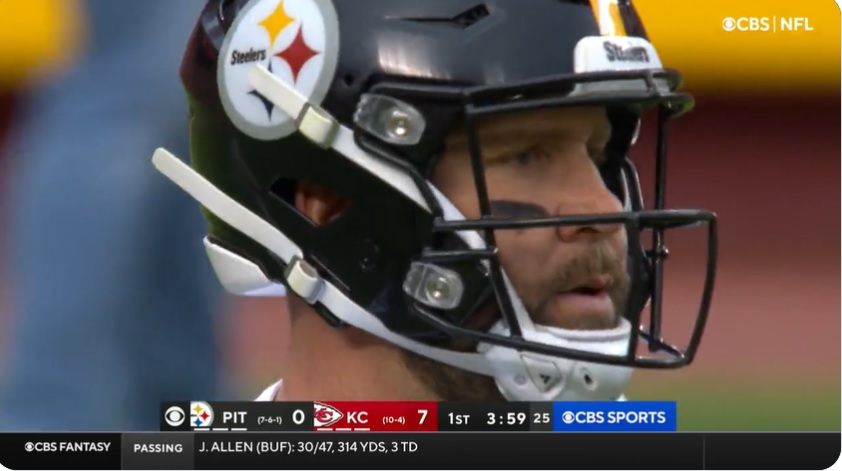 Winners and losers from the Pittsburgh Steelers 36-10 loss to the Kansas City Chiefs in Week 16.

Chase Claypool: Kudos to Claypool, who has pretty impressive highs (and also disappointing lows). He made a pair of great catches in the first half, leaving his feet for a seam ball on third down before following that up with a back shoulder fade. He flashes his physical skillset and upside enough to keep playing him and see through the bad times.

Minkah Fitzpatrick: Fitzpatrick continues to play solid ball defensively. If only the same could be said about the rest of this defense. Fitzpatrick helped force a pair of first half incompletions and again had key open field tackles. He finished the first half with nine total stops and I believe he has the record for most tackles by a DB in team history. It’s at least the most in the last 35 years.

Corliss Waitman: Waitman stepped in and stepped up at the last possible second, signed just minutes before Saturday’s deadline and making the trip to KC hours before kickoff. He was named the active punter and kicked well. Perhaps the wind helped him but he had 58 yard and 63 yard boots, though the latter rolled into the end zone for a touchback. Nice job by him.

Najee Harris: Though it was largely the Chiefs allowing it, Harris ran better in the second half. His effort and ability to churn out tough yards is the only thing this run game has going for it. Harris certainly didn’t have a great game but it was better than most. Nearly a 100-yard performance on the ground and a 4.9 yard average.

Matt Canada: Another week, another lifeless first half. Some of that is on execution, you can have the perfect plan and it doesn’t mean squat if players can’t perform, but this is a disturbing trend of first half ineptitude. And at some point, that falls on coaching for not being able to adjust. It’s not as if the Steelers are completely lacking talent as they were in say, 2019.

Canada’s situational calls will also be rightfully questioned, highlighted by a 4th and 1 toss to the boundary that completely failed. There actually is data to suggest toss plays there are more effective than runs up the middle but the fact Pittsburgh was trying to run at all, down big late in the first half with no ability to run the ball up to that point, is a mistake. His flea flicker is pass/fail based on if works or not but that didn’t feel like a call in the Steelers’ wheelhouse. And it certainly didn’t work out well. His insistence on screens and playactions, two things this team is bad at, continues to baffle me.

Red Zone Defense: Lot of issues defensively. But you go into every game that Patrick Mahomes starts knowing he’s going to move the football. The goal is to win situationally, to force field goals and not touchdowns and keep the score down. Pittsburgh failed in that mission Sunday, the Chiefs starting  4-4 in the red zone as they ran up the score early, similar to what Mahomes did in 2018. Robert Spillane and Alex Highsmith missed a tackle in the backfield, Cam Sutton, Minkah Fitzpatrick, and Spillane missed on a second half TD, and a lack of pressure gave Mahomes all day to find his target against soft zone coverage.

Pass Rush: Much like the Bengals game early in the year, the pass rush was pretty non-existent. But this time, the Steelers had TJ Watt (granted, he’s playing with cracked ribs) and Alex Highsmith. Pittsburgh predictably rarely brought pressure and on some third downs, dropped eight into coverage, but Mahomes’ jersey barely got dirty Sunday. He had at least six seconds on a red zone TD to Byron Pringle. Outside of an Alex Highsmith forced fumble, the pass rush did very little.

Diontae Johnson: Johnson, to his credit, had a pretty first half snag. But the negatives far outweighed the good. Can’t turn the ball over versus the Chiefs and Johnson had a laughable one, losing the football running untouched in open grass. Would it have mattered? Probably not. But a poor miscue followed up by a third down drop that would’ve converted, only bailed out by a Chiefs’ offsides call. Maybe more of a “soft loser” here because he did have a decent start to the game. But he didn’t finish well and the turnover was ugly.

A late TD for him was a nice move and cut but it came in utter garbage time.

Dan Moore/Kendrick Green/John Leglue: Moore had his hands full with ex-Steeler Melvin Ingram and his bull rushes, collapsing the pocket on an immobile Ben Roethlisberger. Moore has played pretty well in recent weeks but Ingram, who saw him in camp and practice, knew his weaknesses.

Leglue had a penalty and watching it live did not seem to play well against that tough Chiefs’ interior. Green’s struggles continue and he got absolutely dusted in the fourth quarter creating a Roethlisberger fumble and Steelers’ turnover. Pittsburgh has put a lot on his plate but there’s been little to suggest Green is an answer in the short or long-term. The Steelers need to plan as if there’s a need at center this offseason. Because there is.

Ben Roethlisberger: I’m not going to pretend like he got much support from his teammates today. He didn’t. But Roethlisberger was far from good either. His flea flicker interception was a lame duck and easily intercepted. He had a second turnover on a fumble, even if Kendrick Green shoulders blame for creating immediate pressure. And overall, nothing in Roethlisberger’s stats or tape were anything approaching impressive. His passes were wobbly and his receivers made a couple of great plays downfield for him. He can’t move and falls apart against interior pressure, which he saw a lot of today.