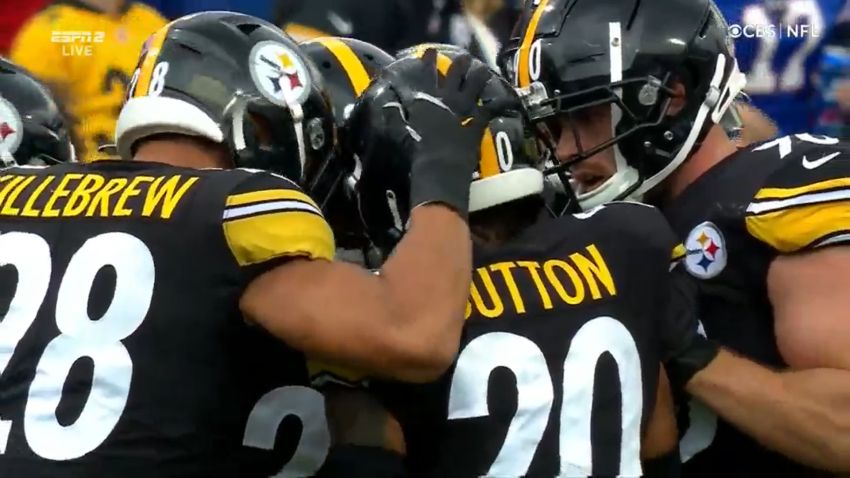 As we’ve done in the past, the keys to the Pittsburgh Steelers winning (or losing) today’s game. Three things that need to happen for them to end up on the right side of the score and vice versa in today’s game against Kansas City Chiefs.

1. The Front Four Contains (And Finishes Against) Patrick Mahomes

File most of these points in the “easier said than done” category. It’s highly unlikely the Steelers send many blitzes Mahomes’ way. Mike Tomlin has already implied the point, repeatedly noting Mahomes has been sacked just once against the blitz this season.

On paper, the book on him says rush four, drop seven, and ask your pass rushers to get home. They’ll need to sack him when they get the chance, but containing him is just as important. Tough to do with just four guys rushing against a magician like Mahomes, who can scramble left, right, backwards, and still be a threat to make a pinpoint downfield pass. Rush lane integrity will be key. You may see fewer two-way gos from the EDGE guys and more of a “mush rush” by the interior linemen in order to keep him throwing from the pocket like an ordinary quarterback.

I wrote in my scouting report the way to run on the Chiefs, who are allowing 4.7 yards per carry, is to cutback against an aggressive, fast-flowing front. Harris hasn’t made his hay bending runs backwards too often this year but he’s shown more lateral agility as the year’s gone on. That’ll be important to find the backside gap if linebackers overrun theirs. His vision, which has been a little questionable this season, will be critical.

Last week, the Steelers’ complementary pieces stepped up. And if they do again today, great. But the stars have to match stars. You can’t ask Arthur Maulet and Terrell Edmunds to win out against Mahomes, Tyreek Hill, and Travis Kelce. Cam Heyward and T.J. Watt need to step up, too, of course, but I’m looking for Fitzpatrick to have a game-changing interception. He can continue to tackle well, play solid football, but he needs a marquee moment today.

An obvious point given Pressley Harvin III’s absence following the death of his father. The Steelers seem to plan on holding a punting competition in warmups, signing two punters to the roster. There’s going to be questions and concerns about their ability to hold on field goals. Corliss Waitman has never punted in a regular season game before, but he is a more known player to the team, with the Steelers as a rookie and through part of this offseason before being cut once Harvin was drafted. Cameron Nizialek is new to the team but has 18 career punts, averaging a decent 45 yards per try.

Arguably, things can’t be a whole lot worse than the Steelers’ punting performance last week, and they still got the win. You just don’t want any big screw-ups. No dropped punts, no horrendous shanks, no bobbled holds.

Chiefs’ interior rusher Chris Jones is among the best in the business. Right up there with Cam Heyward, though probably a tick below. He’s their best rusher and could feast on an overmatched interior offensive line of John Leglue/J.C. Hassenauer, Kendrick Green, and Trai Turner. Those guys can’t lose quickly at the point of attack. Green must keep his feet, Leglue must stay square, Hassenauer (if he plays) can’t be overwhelmed by power, and Turner has to avoid dropping his head/eyes on finesse rushes. It’ll be a tall task, but Jones is a pocket pusher, and Ben Roethlisberger can’t escape that like he used to.

Overlooked point in this one. The Chiefs’ receivers have speed across the board. Not just Tyreek Hill, though his return is obviously huge. There’s Mecole Hardman (4.33 40) and Byron Pringle (4.46 40) to contend with as well. Will Pittsburgh have the corners to run? Ahkello Witherspoon is the only above average athlete. Cam Sutton is just average athletically and Joe Haden…let’s just say I’m concerned. Can’t get beat deep and allow chunk plays against this unit.

Stick with listening to me for my analysis. Not my predictions.