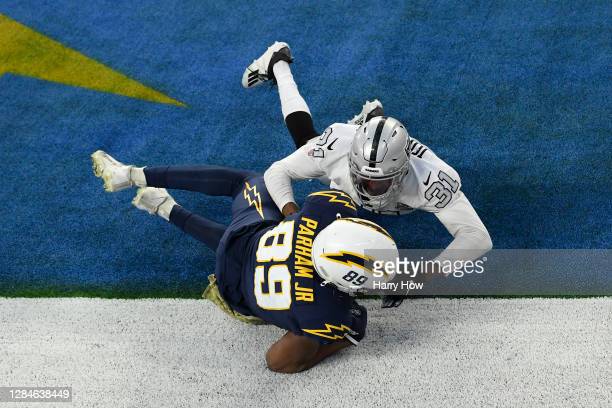 The Pittsburgh Steelers made a roster move Tuesday, signing DB Isaiah Johnson to the practice squad. The team announced the move moments ago.

We have signed DB Isaiah Johnson to the practice squad.

A fourth-round pick by the Raiders in 2019, Johnson played his college ball at Houston. A long, leggy corner he was listed at 6’2″, 208 lbs. with 33-inch arms. Couple that with his testing, a 4.40 40, 36.5-inch vertical, and 10’3″ broad jump, and Johnson had an elite corner profile coming out of school. But he was also a raw player, beginning his college career playing receiver before making the switch to cornerback his junior season. Over his final two seasons, he picked off four passes for the Cougars.

In our scouting report, Tom Mead gave him an Early Day 3 projection, concluding:

“The Steelers need DB’s and will likely draft one early. I don’t see Johnson being that guy. But if they want to double dip and take a player with potential in the later rounds, where a lot of teams just look for athletes, then they could do worse than letting him be a backup while honing his skills.”

Johnson appeared in 19 games for the Raiders across 2019 and 2020, failing to make a start. He recorded 15 total tackles over those two years along with five pass deflections. Las Vegas carried him through this summer before releasing him at final cutdowns. Dallas signed him to their practice squad in October but released him two weeks later.

Johnson will replace DB Linden Stephens, who was placed on the Practice Squad/COVID list yesterday. Stephens is currently the only player on the Steelers’ Reserve/COVID list.