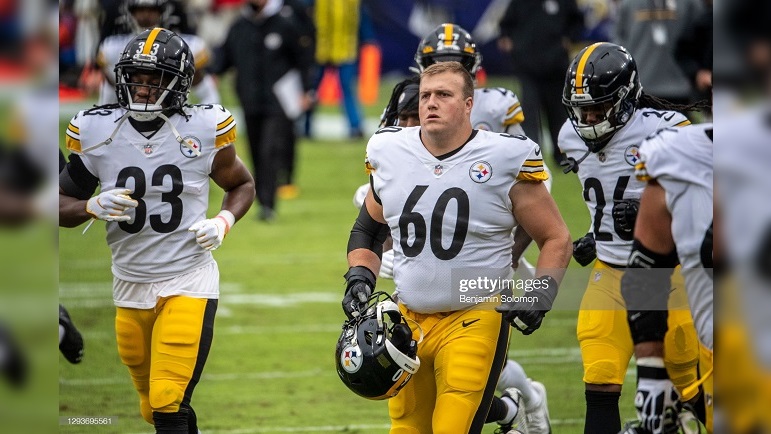 The Pittsburgh Steelers announced a pair of roster moves Wednesday. They designated offensive lineman J.C. Hassenauer to return from injured reserve, allowing him to begin practicing with the team today and opening up the 21-day practice window for him.

OL J.C. Hassenauer will return to practice today but remains on the Reserve/Injured List.

We have also placed OL B.J. Finney on the Reserve/Injured List.

Hassenauer was placed on IR November 27th after suffering a pectoral injury against the Los Angeles Chargers. On Tuesday, Mike Tomlin hinted that Hassenauer would begin working his way back with the team, but it’s unknown if he’ll be activated off IR in time for Sunday’s game against the Tennessee Titans. If not, then either John Leglue or Joe Haeg will start at left guard. Leglue made his first career start last week but Haeg was unavailable due to being on the Reserve/COVID list. Haeg was activated off it earlier in the week.

The team seems to prefer Haeg as a versatile swingman, so Leglue may be the favorite to start should Hassenauer not be fully cleared. The Steelers have started five different left guards this season.

Offensive guard Kevin Dotson remains on IR due to a high ankle sprain. The team placed him on IR November 20th meaning he’s eligible to return but clearly not healthy enough to do so. DL Stephon Tuitt also was not activated Wednesday. There seems to be almost zero chance he returns this regular season.