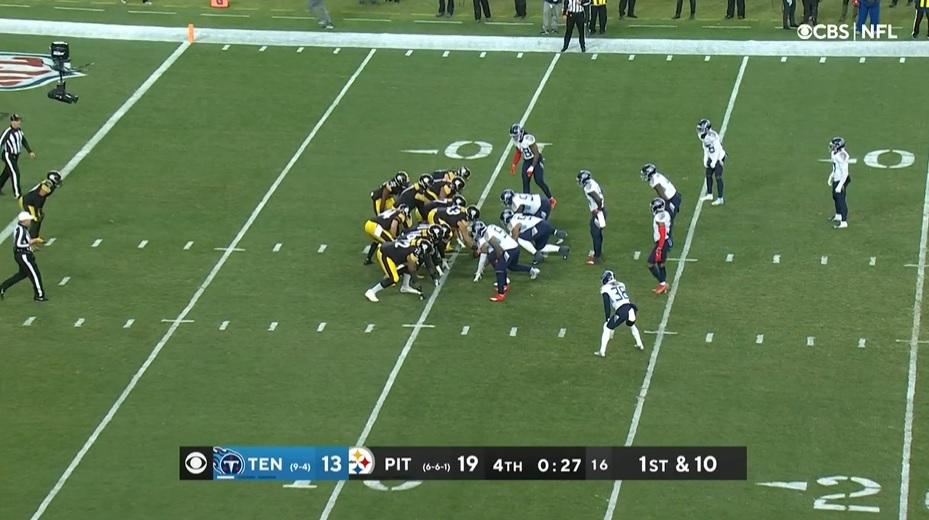 More weird in the stats from more weird on the field. Let’s jump on in.

– A stat of the weird more appropriate for Titans’ Depot. But this one is too good not to share.

The Tennessee Titans are the second team in history to possess the ball for 39+ minutes, run for 200+ yards, and hold their opponent to under 200 yards and still lose the game. The only other team they join were the 1987 New Orleans Saints, who lost to the St. Louis Cardinals 24-19 despite a similar level of dominance. Teams are now 58-2 under these circumstances.

Four turnovers will do that to you. The Saints, by the way, also turned the ball over four times in that game.

– Pittsburgh’s 168 yards of total offense are their fewest in a victory since 2010. When they also played the Tennessee Titans. When they also scored 19 points, winning that one 19-11.

It’s the only other time in the Mike Tomlin era the Steelers have won when totaling less than 175 yards offensively. It’s only happened one other time for Pittsburgh since 1991, a 2003 victory over the Cleveland Browns.

– The last time a team ran the ball 40+ times for 200+ yards in a loss, as the Titans did yesterday? The Baltimore Ravens, November 1st of last year. That also came against the Steelers.

The Steelers are now 2-10 all-time when having the ball for less than 21 minutes.

– Pittsburgh’s allowed 200+ yards rushing in consecutive games for the first time since 2000, when they gave it up to the Jaguars and Bengals in back-to-back weeks.

The Steelers haven’t allowed it three times in a row since 1955. Hopefully the Kansas City Chiefs forget about the run game next week. Probably will.

– That’s now three times this season Pittsburgh has allowed 200+ yards on the ground (Detroit, Minnesota). That hasn’t happened since 1965, including twice that year to Jim Brown’s Browns, rushing for 146 and 168 yards in their two meetings.

– Najee Harris had just 18 yards, the fewest he’s had in a game college or pro (and I’m guessing high school as well) when he’s carried the ball at least ten times. Twelve carries yesterday. They’re his fewest rushing yards since December 1st, 2018, when he recorded 15 yards on four carries in an Alabama win over Georgia. Harris was third fiddle that day behind Damien Harris and Josh Jacobs.

– Congrats to Derrek Tuszka, who recorded his first NFL sack Sunday. A strip-sack, at that.