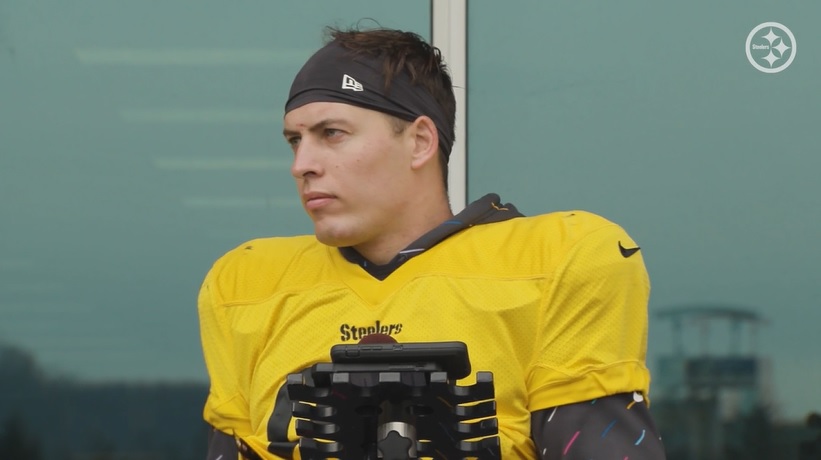 “Just from a football playing level, it’s unacceptable,” he told reporters via Steelers.com. “And that was made known obviously in meetings and we got to come and buckle up chin straps, ready to work. Another AFC North opponent this week and chance to prove ourselves to ourselves.”

The numbers speak for themselves. 41 points allowed, the defense responsible for 34 of those. Cincinnati rushing for 198 yards, the most against Pittsburgh since 2000. Joe Burrow with clean pockets for most of the game and the Bengals building up a quick first-half lead to rout the Steelers. Pittsburgh’s defense has allowed 40+ points in consecutive games for the first time since 1989.

If you’re wondering, no NFL team has given up 40+ in three straight games since the Baltimore Colts in 1981. Hopefully the Steelers don’t join that group this weekend.

As Mike Tomlin indicated Tuesday, the Steelers were in pads today, and Schobert saw it as a productive day of work.

“It was good. A lot of fun, a lot of people flying around and hitting. Pads were popping. So it was a good day at practice.”

The defense will need more than one good day of practice to fix things. They’ll need to prove they can translate that to gameday. Their 31st-ranked run defense will be tested against the Ravens, who average the second-most rushing yards per game in the NFL. Expect Baltimore to come out in heavy packages and figure out early if the Steelers have made the adjustments at the point of attack. Or else it’ll be another long day and the Steelers’ season will essentially come to an end.