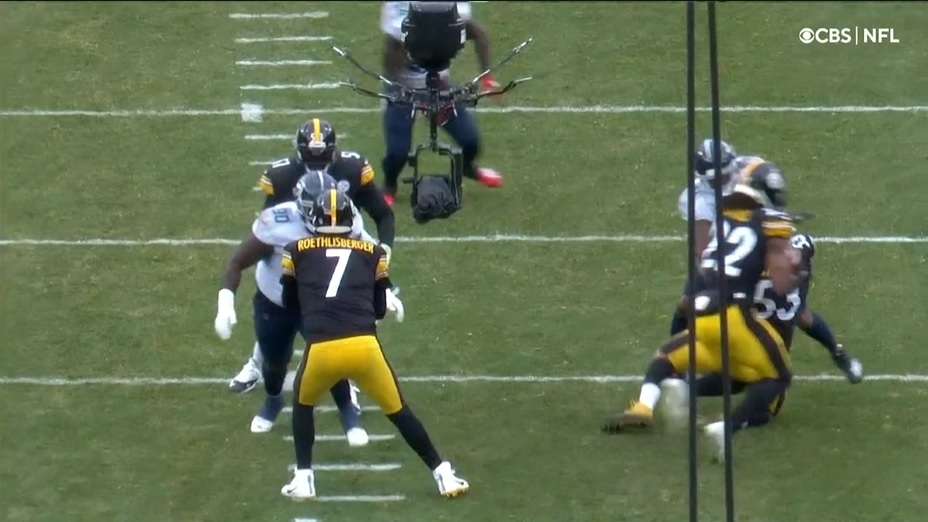 In a league where looking at the quarterback the wrong way can elicit a flag from an official, it seemed like a given Tennessee Titans’ DT Naquan Jones would get called for his first half hit on QB Ben Roethlisberger after Roethlisberger handed the ball off to Najee Harris.

But there was no flag. And a  Roethlisberger said after the game, there was also hardly an explanation.

“It was just a run play,” he said in audio provided by the team. “I didn’t try and carry out a fake, I just stood there. The guy hit me square in my chest so it’s not like I was trying to act like I had the ball or anything. I was just standing there. The ref told me that once the ball’s handed off, he looks to the front, to the play side. I asked him what about the other ref that we have standing back there? He said he was looking at the backside. So he said he’ll just have to take a look at it. So that was the explanation I got.”

Here’s a look at the hit. Roethlisberger clearly wasn’t trying to fool the defense into thinking the football and there was no elongated mesh point you see teams with uh, mobile quarterbacks have where defenses can counter with a ‘mesh charge” since the quarterback is considered a runner in that moment.

No flag on this hit Ben Roethlisberger took. #Steelers pic.twitter.com/WhefEAjuaC

Roethlisberger was slow to get up on the play but remained in the game, clearly frustrated by the no-call.

Essentially, the refs aren’t defending the lack of a penalty but simply said they didn’t see what happened. Some of that is understandable. They’re watching the rest of the play. The runner, the blockers, the defenders. But for something so obvious to be missed is a tough pill to swallow. Roethlisberger took a couple of ugly-looking shots against the Titans, including one low to the knees. He’ll wake up feeling good about the win. But the rest of his body won’t be so happy.