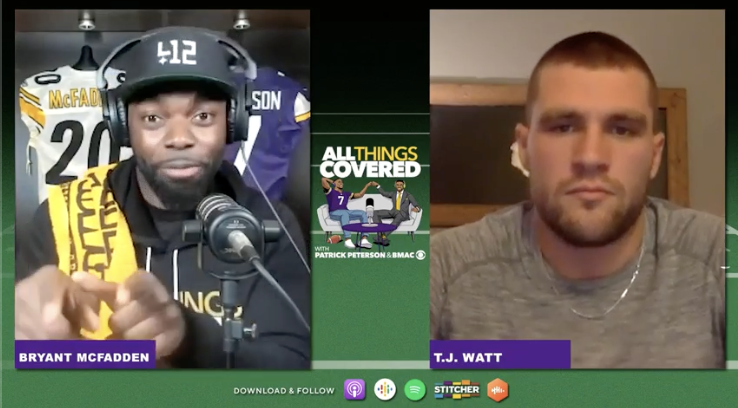 As he continues to rack up the individual accolades week after week at this point in his career, Pittsburgh Steelers’ star pass rusher T.J. Watt continues to remain rather humble.

Watt was asked about the accomplishments he’s been able to achieve, not just this year but throughout his career, and quickly deflected praise to his teammates and coaches, stating that the rest of the front seven does a great job drawing blocks, while the secondary forces quarterbacks to hold on to the football just a tick longer, allowing him to make plays.

However, Watt was also quick to state he hasn’t taken the time to reflect on setting the Steelers’ new single-season sack record, adding that there’s too many games left on the schedule that are big games for the Steelers and their run to the playoffs to divert his attention to something in the past.

“Yeah…it’s definitely a cool moment. I don’t think I have time to really kind of take everything in and really reflect on it right now just because these weeks are going by so fast when we have big game after big game,” Watt said to McFadden. “Those accomplishments are not done alone. I mean, that’s such a collective effort, not only from the guys up front with me, but the guys in the back end have done an absolutely amazing job of making quarterbacks hold onto the ball just a half a second longer this year.

“It’s a great accomplishment, but it’s a team accomplishment,” Watt added. “Deebo [James Harrison] is a phenomenal pass rusher, and just to be able to be in that conversation in such a historic franchise like the Pittsburgh Steelers, it definitely is special. But I think this off-season I’ll probably sit down and really take it in, but right now I don’t really have time to.”

Watt isn’t one to make it about himself, which reflects how he answered McFadden’s question regarding the new single-season sack record in Steelers’ history. Though the Steelers have been decimated up front due to injury, Watt continues to chug right along, working through double teams seemingly every snap to make an impact play on the quarterback in the pocket.

McFadden went on to make a bold prediction that Watt will record seven more sacks down the stretch, setting a new single-season NFL record, breaking the 22.5 mark set by New York Giants Hall of Famer Michael Strahan in 2001. Asked what that would mean to him, Watt again kept it about the team accomplishments, telling McFadden he hopes he’s able to do it, because “that means we’re winning games.”

Chances are, if Watt records seven sacks in the final three games of the season for the Steelers, Pittsburgh is probably winning all three games, based on how the Steelers have performed in 2021 when Watt goes off defensively.