The Baltimore Ravens have now released their second official injury report of Week 13 ahead of their Sunday afternoon road game against the Pittsburgh Steelers, and the Thursday offering shows that nine players sat out practice earlier in the day.

The Ravens removed linebacker Justin Houston (not injury related – resting player) from their injury report on Thursday. He sat out Wednesday as a rest day. 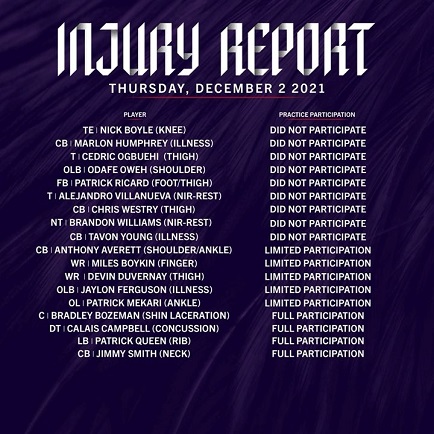