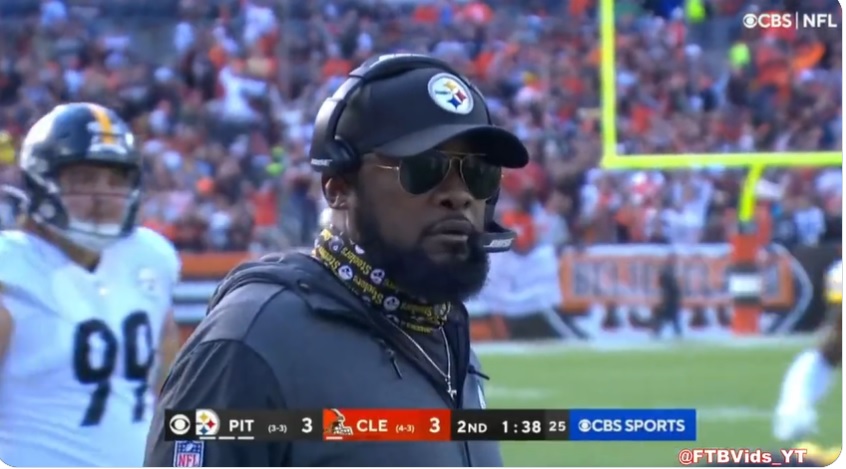 Who is going to replace him?

We’ve heard FOX’s Jay Glazer, who is very close to Mike Tomlin, say all year that Pittsburgh won’t start over with a rookie. Appearing on the Pat McAfee Show Thursday, NFL Network’s Ian Rapoport offered a similar analysis of the Steelers’ offseason plans.

“I would say next year, my guess is they go after a veteran so they don’t have to restart,” Rapoport told the show. “Because they have so much there already. So much infrastructure. That is such a desirable place for a veteran quarterback to go.”

Who that veteran could be is anyone’s guess. Mason Rudolph is under contract and will be the name most-talked about as an in-house option. But Pittsburgh would be smart to cast a wide net for their quarterback. That could mean a trade or signing a veteran free agent.

The names are too numerous to list right now, but the Steelers love pedigree and Mike Tomlin repeatedly talks about mobility as an asset to the position, even spending his bye week studying the topic. Pittsburgh’s Week 1 starter in 2022 doesn’t have to be a Lamar Jackson-type, but likely someone who can extend the play with his legs.

As Rapoport says, the Steelers are as attractive of a place as any for a veteran to come in and start. They have their warts, sure, including an offensive line still in the middle of a rebuild. But Mike Tomlin is someone players will want to play for and the culture and stability of the locker room will be a selling point.

Still, it’s not out of the question Pittsburgh could do both. Sign a veteran and draft a rookie. That was their plan when they drafted Ben Roethlisberger in 2004 with veterans Tommy Maddox and Charlie Batch ahead of him (both players were already on the roster prior to the offseason). The Steelers are reportedly at North Carolina’s bowl game today in part to watch Sam Howell. Kevin Colbert made a trip down there earlier this year.

Until the team makes a decision, expect the biggest talking point this season being what quarterback the Steelers choose to lead their team. It’s rare territory for the Steelers and uncharted waters for Mike Tomlin, who has had Ben Roethlisberger as his QB his entire head coaching career.

Check out the full conversation in the clip below.

"I think we all knew this was gonna be Big Ben's last season.. I would say next year the Steelers go after a veteran QB & Pittsburgh is a desirable place for a veteran QB" ~@RapSheet#PatMcAfeeShowLIVE #HereWeGo pic.twitter.com/DeDS9ZurSo