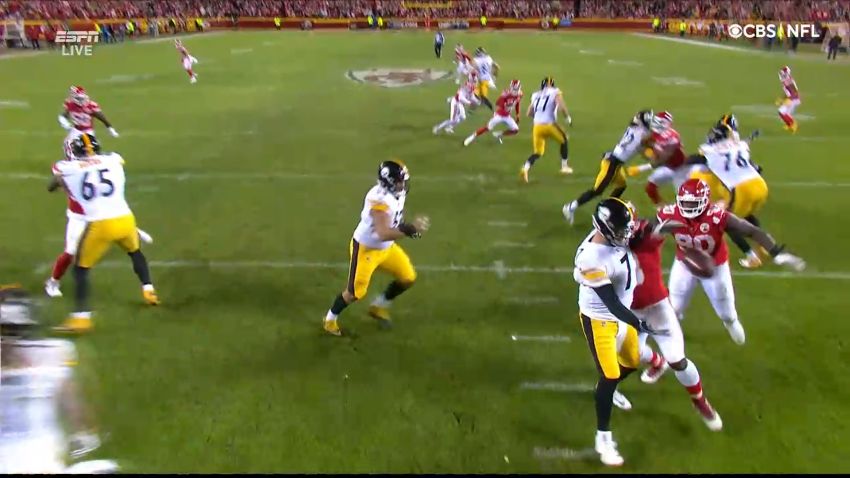 Do you want to hear a statistic that puts into perspective just how bad the Pittsburgh Steelers’ offense has been lately, particularly starting out games? Right now, the team is on the worst run that it has been since the first year they became the Steelers.

Pittsburgh has not scored a touchdown in five consecutive games now. They haven’t done that since 1940, when they changed their name from the Pirates to the Steelers. They did that in six consecutive games that year, so if they don’t score a touchdown next week in the first half, it will match that stellar futility.

The Steelers have now been held without a TD in the first half of 5 consecutive games.

That’s their longest streak since 1940, when they were held without a first half TD in 6 straight games.

That was their first season after changing their name from the Pittsburgh Pirates. pic.twitter.com/0Y9jXotBGo

The inaugural Steelers went 2-7-2, by the way. They would not post their first winning record until 1942, going 7-4. They did go 6-6 during the 1936 season, just their fourth year of existence following their founding in 1933.

Anyway, this modern-day Steelers offense was blanked during the first half yesterday against the Kansas City Chiefs, taking a 23-0 halftime deficit into the locker room. They trailed 13-3 at halftime last week against the Tennessee Titans, though they came back to win that one.

The week before that against the Minnesota Vikings, Pittsburgh trailed 23-0 at halftime, yet again, losing 36-28. It was just a 7-3 game a week earlier against the Baltimore Ravens, ultimately winning 20-19. And then, of course, there was the awful 31-3 halftime deficit in the blowout against the Cincinnati Bengals that ended 41-10.

So if you have been keeping score, the Steelers have scored just nine points in the first half in the past five games. They have allowed 97 points. That’s an 88-point first-half deficit over the course of the past five games. The last time they entered halftime even tied was against the Detroit Lions in Week 10. Their last halftime lead was a week before that against the Chicago Bears, 14-3. They ended up barely winning that thanks to a 21-point fourth quarter from the Bears, and took a Chris Boswell field goal to provide the margin of victory with 26 seconds left.

The bad news is that the Steelers have not scored a first-half touchdown this season against either the Ravens or the Cleveland Browns, their final two opponents. As mentioned, they trailed the Ravens 7-3 at halftime in their first meeting. The first game against Cleveland hit the halfway marked tied at three apiece.

They did end up winning both of those games, for whatever it’s worth, though past results do not predict future production—except, perhaps, when it comes to the futility of the Steelers’ first-half offense, which is on the cusp of being as bad as at any point, literally, since the birth of the Steelers.