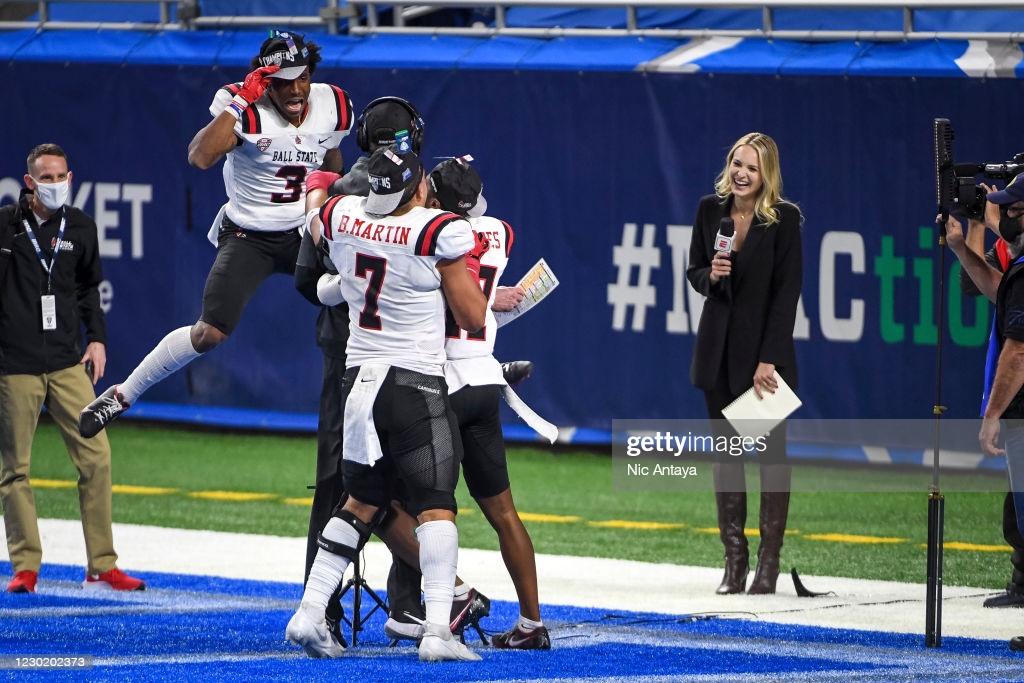 The Cardinals and the Panthers square off Christmas Day in Montgomery, Alabama as the only college bowl game of the day. For the Cardinals, keep an eye on LBs #7 Brandon Martin and #6 Jaylin Thomas. Martin was the 2020 MAC Defensive Player of the year but has only played in four games due to injury. Thomas has played well in 2021 in Martin’s absence, notching 106 total tackles, five TFLs, and four INTs. Both LBs are slightly undersized for the NFL level and are considered fringe draft prospects teetering toward being UDFAs. However, should either have a strong performance and put together successful spring testing in front of scouts, both guys could receive draft consideration on Day 3 come April.

For the Panthers, the name to watch is RB #26 Tucker Gregg. The 5’10″, 220 lb. senior has enjoyed his best season in his tenure at Georgia State, toting the rock 176 times for 899 yards (5.1 YPC) and nine TDs. He isn’t much of a pass catcher, but Gregg runs hard behind his pads, often bouncing off contact to move the pile and pick up additional yardage. He likely is more of a UDFA, but Gregg could be a special teams contributor that can also play as a short yardage back at the next level.

On the defensive side of the football, keep an eye on LB #42 Blake Carroll. The 6’1″, 232 lb. senior is considered undersized for the NFL game, but he has produced some respectable production for the Panthers this season, recording 82 total stops, 5.5 sacks, two forced fumbles, one fumble recovery, four PBUs, and an INT. Carroll has shown a propensity to make plays against the run as well as a pass rusher, and his versatility makes him an intriguing back end option to have at the end of the roster or practice squad. Expect Carroll to go late Day 3 or undrafted, and try and cut his teeth as a special teamer in order to make a team at the next level.