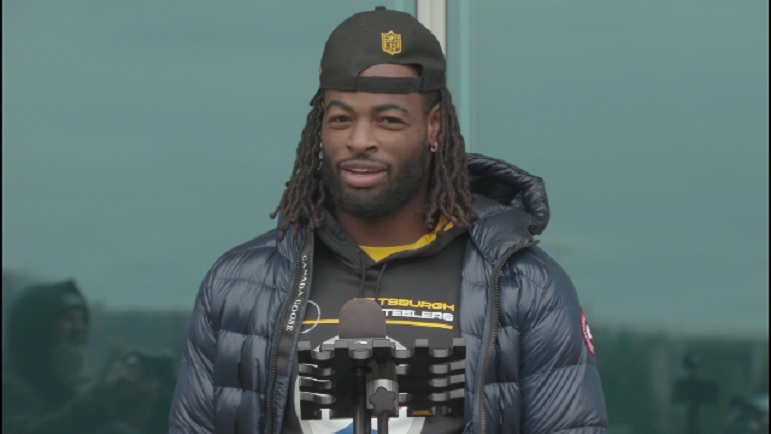 For the rest of the NFL, single-elimination football doesn’t officially begin until January. But for the Pittsburgh Steelers, that time starts now, beginning with Sunday’s game against the Baltimore Ravens. Sitting at 5-5-1 and failing to win a game their last three weeks, this game is a must-win. Everyone, from veterans to rookies like Najee Harris, understands that reality. Harris spoke to it in a meeting with reporters Friday after practice.

“For us, these next couple of games, I think that the playoffs kind of started for us in a way,” he told reporters in audio provided by the team. “Just because there’s not much football left games left, six or something. All of them matter a lot. I don’t really know too much how things work in the NFL, but I know that we can’t lose a lot more, man. I know that for sure.”

Harris’ assessment is correct. Another loss would give the Steelers a losing record. Getting beat by Baltimore eliminates any chance of Pittsburgh already winning the AFC North, though those odds are pretty slim to begin with. But a loss would put the Ravens at 9-3 and the Steelers at 5-6-1.

Meaning, the Steelers’ only path to the playoffs would be one of the three Wild Card spots. But in an AFC that’s highly competitive, Pittsburgh won’t be able to limp into a playoff spot. The Wild Card teams will be the groups who get hot down the stretch. Right now, that doesn’t look like Pittsburgh.

Harris went as far to say he isn’t focusing on the lore of the Steelers/Ravens rivalry. He just cares about surviving and advancing.

Pittsburgh will look to get its run game on track after floundering the last two weeks. But Baltimore has a strong front seven. If the Steelers are going to attack, it’ll be through the air. Baltimore’s secondary is decimated by injury and illness. Ben Roethlisberger may throw 50+ times as he did in a comeback win against the Ravens in 2020.