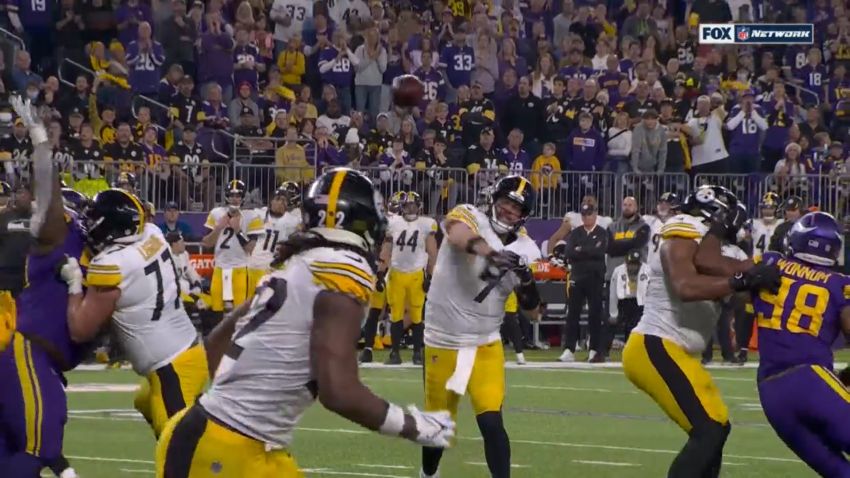 While he has been far from perfect, outside of the category of ball security—he has over 300 touches with no fumbles, which in and of itself is very commendable—he has certainly offered a lot during his rookie season, and that includes as a receiving back. He has put up 422 receiving yards this year with three touchdowns, coming on 67 receptions—a Steelers rookie receptions record.

Harris is on the cusp of another rookie record as well. With two games left to go, he needs 72 rushing yards to break Franco Harris’ franchise-best mark of 1055 rushing yards by a rookie, a mark set in 1972. He has 984 rushing yards on 268 attempts.

In all, the rookie has 335 touches—the most in the entire NFL—for 1406 yards and nine total touchdowns. He already owns the Steelers’ rookie record for scrimmage yardage, surpassing Le’Veon Bell’s mark of 1359 yards in 2013—though Bell also missed the first three games of that season. Franco Harris still has the all-purpose mark, however, do his return yardage, at 1413 yards. That record will obviously fall on Monday.

As an aside, the Steelers could have two rookies hit 50 receptions this year—in fact it’s all but guaranteed. Second-round tight end Pat Freiermuth is sitting at 49 receptions right now and needs just one to hit the mark. He is coming of a concussion, but it sounds like he expects to return to play. If he has two good games to close out the season, in fact, he could even join Harris in surpassing Claypool’s mark from last year.

I realize that most people aren’t too interested in individual achievements like this when the team isn’t doing particularly well, especially after a loss, and especially when it comes to niche marks like franchise rookie records.

But the fact that Najee Harris put up 67 receptions this year, with over 1400 yards from scrimmage and nine touchdowns—he’s two scores away from tying the mark for the most scrimmage touchdowns by a rookie for the Steelers as well—is a sign of things to come for the young man.